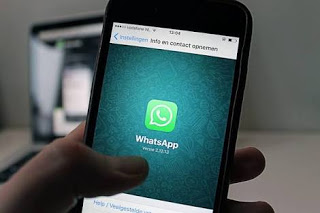 A WhatsApp beta update now allows messages to be revoked a whole 5 minutes after it has been sent. The update arrives for the for WhatsApp Web 0.2.4077 that basically works on improvements to do with the revoke feature. The feature however is turned off by default in Settings, so users will have to enable it to take advantage of the same.
Another new feature has showed up for the Android version of WhatsApp beta tagged as v2.17.148

The update is a new pop up menu that appears while editing or formatting text in the text field.
Upon selecting text, beta users are now seeing new formatting shortcuts including Bold, Italic, Monospace, and Strikethrough. Users on Android 7+ will already be able to see Translate, provided they have Google Translate installed.
Indeed these are updates that showed up on beta version of WhatsApp, so there’s no telling if or when they would be out.
The last update we saw from the beta community was for iOS. The iOS app saw a new Group Info page with a revamped design, new icons that got rid of the older or current spartan interface. For now it has not shown up on the public version of WhatsApp for iOS, so the above updates could indeed be a long way off.

What do you think?

How To Chat On Telegram Free Without Data

You Can Now Make Video Calls with Instagram [See How].

This website uses cookies to improve your experience while you navigate through the website. Out of these, the cookies that are categorized as necessary are stored on your browser as they are essential for the working of basic functionalities of the website. We also use third-party cookies that help us analyze and understand how you use this website. These cookies will be stored in your browser only with your consent. You also have the option to opt-out of these cookies. But opting out of some of these cookies may affect your browsing experience.
Necessary Always Enabled
Necessary cookies are absolutely essential for the website to function properly. This category only includes cookies that ensures basic functionalities and security features of the website. These cookies do not store any personal information.
Non-necessary
Any cookies that may not be particularly necessary for the website to function and is used specifically to collect user personal data via analytics, ads, other embedded contents are termed as non-necessary cookies. It is mandatory to procure user consent prior to running these cookies on your website.
SAVE & ACCEPT
MORE STORIES
Social network