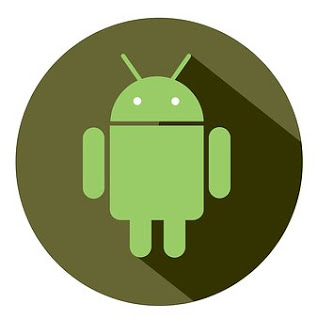 Android device has been the most popular smart phone in the technology market
today, due to its amazing features.
after making some researched, I decided to bring you 12 facts about android that you should know.
1.The Android operating system (OS)
was developed by Android inc. in 2004 backed by Google,
which was later bought in 2005 by Google
at the price of $50million.
2.The Android operating system (OS)
was produced as a platform for digital cameras.
But the producers later changed their focus to smart phones as they see it potential.
3.Google launched the Android operating system in November 5, 2007 which is
a Linus based software system.
4.The first smart phone to run on the Android
operating system (OS) was HTC Dream
or T Mobile G1
which was released in the year 2008.
5.Google Android operating system has attained over a billion
activations on devices like smart phones and tablet.
6.Except Android 1:0 and 1:1, all the other Android are named
after a sweet treat like a jelly bean, ice cream sandwich
honeycomb, KitKat, lollipop, marshmallow, and naught to
name a few.
7.The Android operating system has been released in a lot version,
where every release has been following the alphabetical order in naming,
The names are Android Astra(1.0), Bender (1.1),
cupcake ( 5.5), Donut ( 1.6), Eclair ( 2.0),
frolo ( 2.2.x), Gingerbread ( 2.3.x), Honeycomb(3.0),
ice cream sandwich ( 4.0.x), Jelly been(4.x), KitKat (4.4),
lollipop ( 5.0.5.1.1), Marshmallow ( 6.0.6.0.1), and nougat(7.0)
8.Do you know that Android is open source? since
Google is a member of Open Handset Alliance (OHA)
it has given it users or interested people the option
to modify the source code of the OS,
this allowed manufacturers to add features to the operating system.
9.Do you know the word android means Human with robot appearance? it refers to a male looking robot, while the female looking robot is called Dynoid.
10.Do you know the word Android was a drive from Andy Rubin, who is the co-creator of Android? the name was given to him at Apple before he joined Google, for his obsession and love for a robot.
11.Do you know there is an android device in the space? NASA equipped floating space robots, with Nexus S handsets. This device runs on Android Gingerbread.
lastly…
12. One of the best Parts of being an android owner is its Apps. it’s Apps store “Google Play” which has more than 48 billion app installs, of which most of them is free.
and that’s where I download all my favorite games.

so if you don’t have Android smart phone, you should try and get one.
you can buy it online on www.jumia.com
are you leaving without sharing it? oh! that’s not fair…

This website uses cookies to improve your experience while you navigate through the website. Out of these, the cookies that are categorized as necessary are stored on your browser as they are essential for the working of basic functionalities of the website. We also use third-party cookies that help us analyze and understand how you use this website. These cookies will be stored in your browser only with your consent. You also have the option to opt-out of these cookies. But opting out of some of these cookies may affect your browsing experience.
Necessary Always Enabled
Necessary cookies are absolutely essential for the website to function properly. This category only includes cookies that ensures basic functionalities and security features of the website. These cookies do not store any personal information.
Non-necessary
Any cookies that may not be particularly necessary for the website to function and is used specifically to collect user personal data via analytics, ads, other embedded contents are termed as non-necessary cookies. It is mandatory to procure user consent prior to running these cookies on your website.
SAVE & ACCEPT
MORE STORIES
android tips

how to spot fake Infinix Hot 4