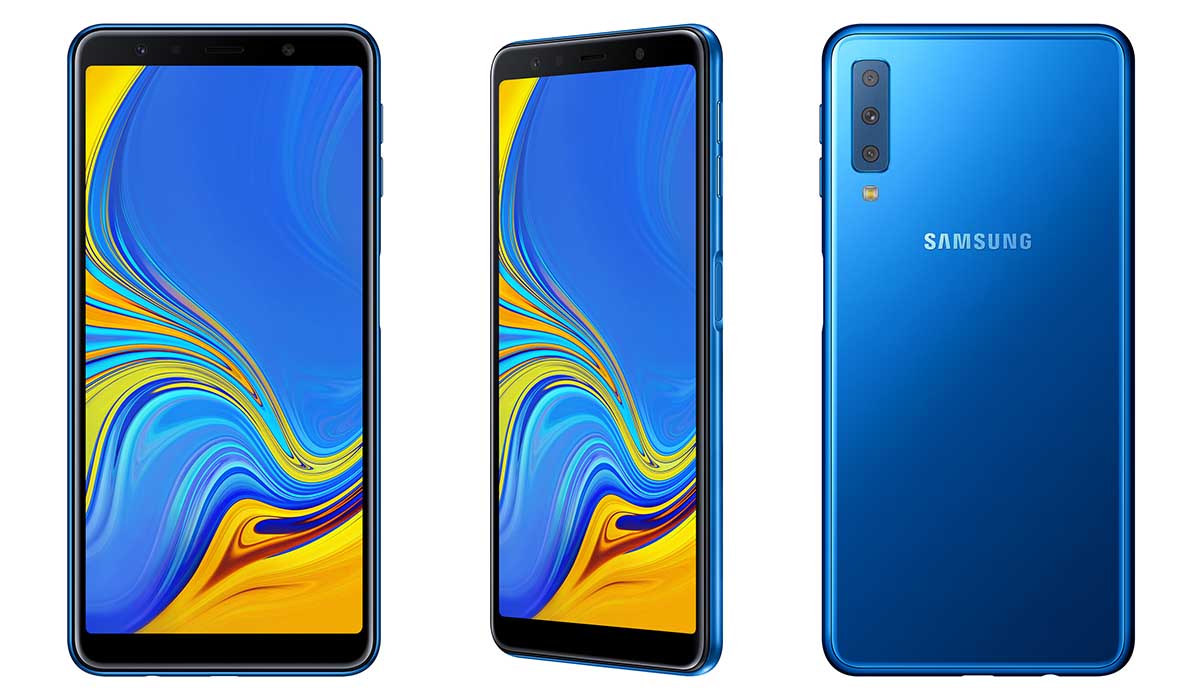 Call it whatever you want, but it seems the South Korea manufacturer want to copy the popular Huawei P20 smartphone that was launched by Huawei. As the competition keeps going higher every manufacturer always want to be at the top. The Samsung Galaxy A7 2018 sports a smooth panel and noticeable on it is the triple cameras stack vertically with an LED flash below them. This is the looks of the Huawei P20 smartphone and the phone also went further to carry a huge inbuilt storage and an ample RAM on the inside. It’s the first phone from Samsung with the triple rear camera. 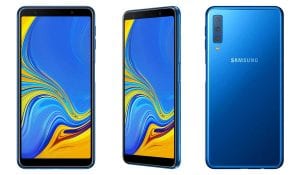 KEY FEATURES AND SPECS OF Samsung Galaxy A7 2018

On the body, the phone is built with a premium material. It has a front glass and the back is built with glass as well with some mixture of Aluminium frame. On the sides, it measures 159.8 x 76.8 x 7.5 mm in dimensions which is not that wide and every hand no matter how tining it’s will handle it comfortably. The phone is also IP68 certified which means it can survive up to 1.5m for 30 minutes in water. It’s available in Black, blue, gold, and pink colors.

On the front, it has a large screen size that measures 6.0 inches under Super AMOLED capacitive touchscreen with a screen resolution of 1080 x 2220 pixels and 411 pixels per inch density.
The front is also protected by a corning gorilla glass and the phone is set to come with an always-on display with Samsung Pay feature as well. 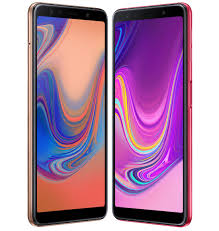 The major highlight of the phone is the triple camera slotted vertically in the back with an LED flash below. The first lens is 24MP and it comes with autofocus and f / 1.7 aperture, it can also use the excess resolution to improve quality by combining four pixels in one in the low light environment.

The second is dept lens with 5MP responsible for bokeh effects in Samsung’s Live Focus mode. The last on the line is 8MP which can also be described as an Ultra-Wide lens and its work is to capture photos with the field of view of 120 degrees, similar to those present on LG devices.  Combining these triple cameras together means perfect and stunning photos. For selfies, it features a front facing camera of 24MP with sharp aperture and HDR video recording.

The Samsung Galaxy A7 2018 has an Octa-core 2.2 GHz Cortex-A53 with Android 8.1 Oreo operating system and a RAM of 6GB. It also has a cheaper variant with 4GB of RAM and an inbuilt memory of 64GB, while the bigger variant comes with 128GB of inbuilt storage. You can also expand the memory with micro SD card if you want. It has a nonremovable battery capacity of 3300mAh with fast charging technology. For connectivity, it supports 4G LTE, wifi, and Bluetooth with other regulars as well. 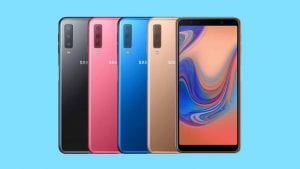 Samsung Galaxy A7 2018 PRICE AND AVAILABILITY