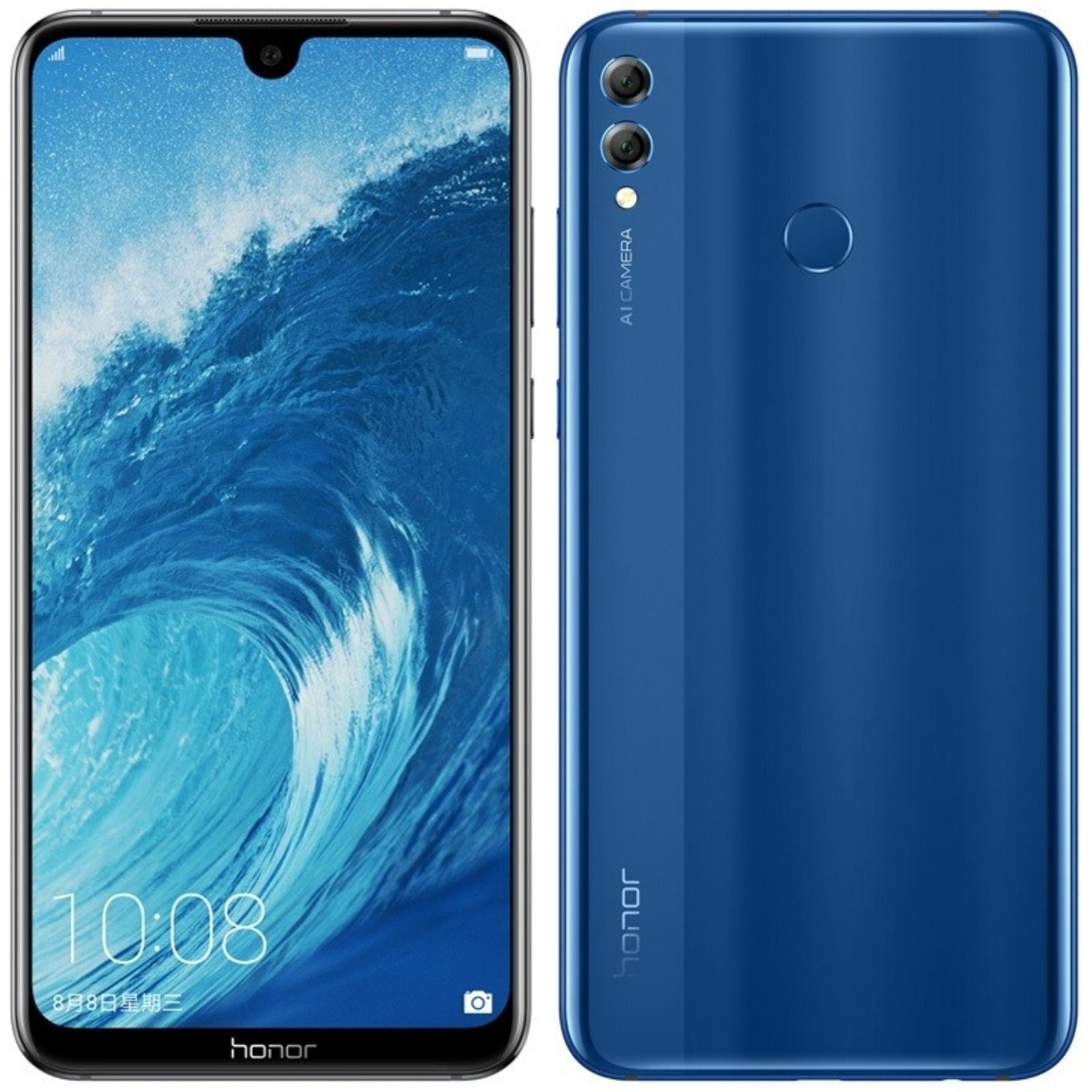 The Huawei Honor 8X is now available in China. This smartphone is the upper mid-range beast that packs the Kirin 710 chip which has been in competition with the Snapdragon 710. It comes with a small notch that houses the selfie camera and other sensors.

The Huawei Honor 8X is a premium device that features an aluminum alloy on the overall body. On the back is the rear-mounted fingerprint scanner which is positioned for easy access. Looking up at the top is the dual camera position vertically with an LED flash below them.

The Huawei Honor 8X measures 7.8mm in thickness and weigh 175g overall. On the front, the Huawei Honor 8X packs a tiny bottom chin and notch which gives way to a large screen size. The phone has a large screen size of 6.5-inch FHD+ IPS LCD capacitive touchscreen with a resolution of 1080 x 2340 pixels and 396 pixels per inch density for sharp visuals.

The Kirin 710 which comes with an 8-core processor is the powerhouse of this beast. The octa-core processor is clocking at a fast speed of 2.2GHz, paired with a Mali-G51 MP4 graphics processing unit. The Huawei Honor 8X has a variant with 6GB RAM and 128GB storage space, while a cheaper variant has 4GB RAM and 64GB storage space. It runs on Android 8.1 Oreo with EMUI 8.2 on top.

Where To Buy Huawei Honor 8X

Related  How To Update Infinix Note 5 and Note 5 Stylus to Android 9.0 Pie

© NaijaTechGist - All rights reserved.
We use cookies on our website to give you the most relevant experience by remembering your preferences and repeat visits. By clicking “Accept All”, you consent to the use of ALL the cookies. However, you may visit "Cookie Settings" to provide a controlled consent.
Cookie SettingsAccept All
Manage consent

This website uses cookies to improve your experience while you navigate through the website. Out of these, the cookies that are categorized as necessary are stored on your browser as they are essential for the working of basic functionalities of the website. We also use third-party cookies that help us analyze and understand how you use this website. These cookies will be stored in your browser only with your consent. You also have the option to opt-out of these cookies. But opting out of some of these cookies may affect your browsing experience.
Necessary Always Enabled
Necessary cookies are absolutely essential for the website to function properly. This category only includes cookies that ensures basic functionalities and security features of the website. These cookies do not store any personal information.
Non-necessary
Any cookies that may not be particularly necessary for the website to function and is used specifically to collect user personal data via analytics, ads, other embedded contents are termed as non-necessary cookies. It is mandatory to procure user consent prior to running these cookies on your website.
SAVE & ACCEPT
error: Content is protected !!