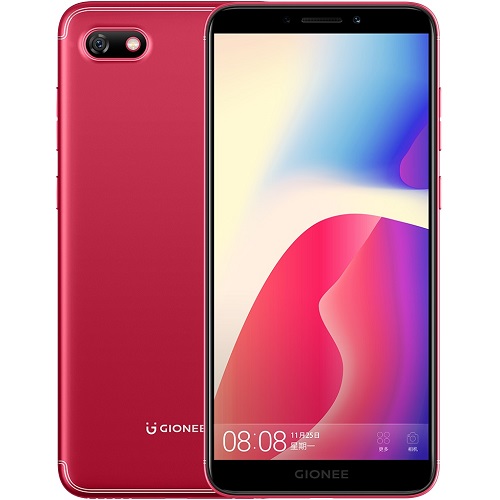 The Gionee F205 Lite is now officially made available in Nigeria and the smartphone was the first to come with Android Go Edition which is design to help the phone carry out a smooth operation and handle low demanding task smoothly. This Lite version comes with an 8MP on the back and 5MP selfie snapper on the front. It has a standard HD+ screen and 1GB of RAM. 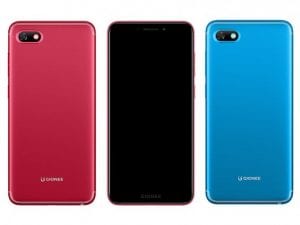 The Gionee F205 Lite is a budget phone, so it sports a plastic back mix with a metal frame which looks cool. It has a curved edge with dual Antenna lines at the top and bottom adding a classic look to the phone. You will find the camera and LED flash at the top left corner, sadly it lacks a fingerprint scanner.

The Gionee F205 Lite measures 7.95mm in thickness and weighs 135.6g overall. On the front, it’s built with a Full view screen that offers more screen fewer bezels. It has a screen size of 5.45-inch HD+ IPS LCD capacitive touchscreen with a resolution of 720 x 1440 pixels and 268 pixels per inch density for sharp visuals. The screen reaches up to 76% screen-to-body ratio.

The Gionee F205 Lite is equipped with a rear camera of 8MP accompany with dual LED flash and a front facing camera of 5MP for selfies. It has inbuilt storage of 16GB which you can also expand if you want up to 128GB with micro SD card. 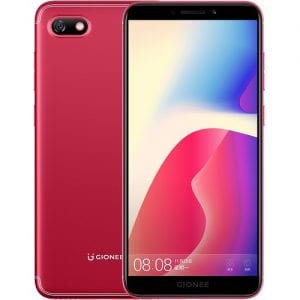 On the inside, the phone has a MediaTek MT6739 chipset which you will mostly find in budget devices with its 28nm process technology and 4-cores that runs at a speed of 1.3GHz. It has PowerVR GE8100 handling graphics and a RAM of 1GB which is for heavy lifting. It’s powered by custom Android 8.1 Oreo Go Edition with a nonremovable battery capacity of 3000mAh which will last full day when fully charged. For connectivity, the Gionee F205 Lite has a support for 4G LTE, Bluetooth 4.2, USB 2.0, Wi-Fi, Wi-Fi Hotspot and A-GPS, GLONASS.

Where To Buy Gionee F205 Lite