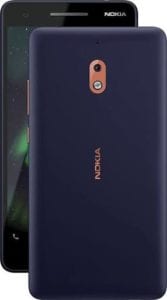 This phone is the upgrade of the Nokia 2 that was launched last year. It comes with a nice body design rocking the Android Go Edition with Google Assistant and others.

Key Features and Specs of Nokia 2.1. 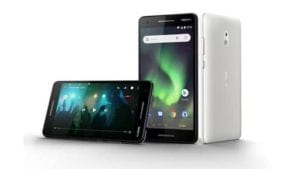 The Nokia 2.1 has a primary camera of 8MP with a single LED flash and 1080p30 video while the front camera has 5MP with a fixed focus to capture a sharp selfie. The onboard storage on this handsets is 8GB which has 6.8GB free on the inside and it also supports micro SD card up to 128GB which users can use to expand the memory.

The HMD makes a switch to a Snapdragon 425 chipset that offers a four Cortex A53 cores clocked up to 1.4GHz which they claimed that it delivers superior performance when compared to the 2017 model up to 50% faster.

The battery on the inside is a massive 4000mAh which can last up to 2 days when fully charged. The Nokia 2.1 is based on Android 8.1 Oreo Go Edition with 1GB RAM and it has a 3.5mm headphone jack, proximity sensor, ambient light sensor, accelerometer and apparently lack a fingerprint sensor. 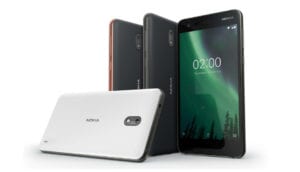