Xgody S12 is a beautiful looking smartphone that somehow looks like Cubot R9 phone but comes with its own uniqueness that can be found on the back that is well designed with amazing colors variant. One thing that will boost this phone to a popular brand is the attractive price.

You can easily buy this Xgoldy S12 phone without tearing your pocket. One more thing, it comes with impressive Features. Let’s take a look at the phone 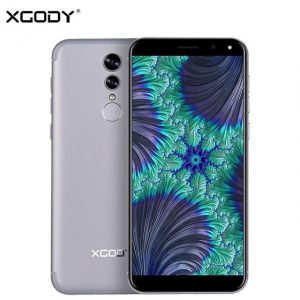 This is not a premium device nor does it looks shaky but an average smartphone that comes with extraordinary features. Starting from the curved edge and then move down to it full-screen display is a good design smartphone mix with Fiber to gives you a nice look and feel. It has 5.72 inches with a resolution of 1080 x 540 Pixels couple with a density of 211ppi to gives quality views.

The Camera is another topic for discussion. To be honest, it will be difficult to find any phone under this price range to boost a combo shooter of 13MP + 5MP respectively on the back. That’s why I made mention of extra-ordinary features. And for a selfie, it has a 5MP front-facing camera and it support LED flash.

The main camera also supports LED and its record high video quality of 720p@30fps and other features like Autofocus, Continuous shooting, Digital image stabilization, Digital zoom, HDR etc. For files and other phones storage, the Xgody S12 has an inbuilt memory of 16GB with support for microSD card up to 64GB. 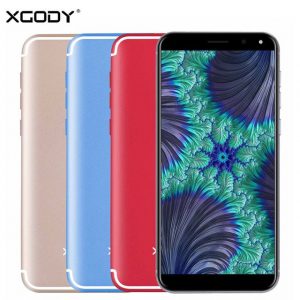 When it comes to performance, the Xgody S12 will not give you the best if you are the types that love 3D games or multitasking so much. It has Quad-Core processor of MediaTek MT6737 that perform at a maximum speed of 1.3GHz with 1GB RAM.

On the inside is Android 7.0 Nougat operating system with a battery of 2700mAh. There is a rear mounted fingerprint scanner and it supports 4G LTE network with Wi-Fi for wireless connection alone with micro USB and Bluetooth. The best alternative to this phone is the Cubot R9 which is currently available on Jumia and GearBest.