Leagoo S9 is another version of iPhone X from a Chinese maker. If you want to buy an iPhone X but don’t have enough money to get the phone then give this beast from leagoo Mobile a chance so that you will have a voice when the iPhone X users are talking. 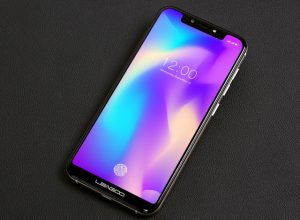 The smartphone comes with no home button just like the iPhone X, it has a powerful FHD display featuring 5.85 inches and enough memory storage.

Where to buy Leagoo S9

Forget the fact that Leagoo S9 is copycat in the sense that they copied the iPhone X looks and also copied the Samsung Galaxy S9 latest smartphone name but this phone is kind enough to consider our pockets with it beautiful and elegant looks.

This is indeed an iPhone X clone and Samsung Galaxy S9 namesake. It parades a curve full-screen display with 18:9 aspect ratio which is similar to that of Samsung Galaxy S8 with a resolution of 720×1512 Pixels and roughly density of 286ppi. Users should expect nothing less than the best image quality and text when using the Leagoo S9.

The Camera is another Features to boast about. With the combo of 13MP + 2MP on the back, you can capture sharp photos and also record videos that support 4k video quality. The main camera has Digital Zoom, Auto Flash, Face detection, and Touch focus features. With the face detection, you can easily unlock your phone by staring at it.

This means you have two options to unlock your leagoo S9, fingerprint or face recognition. For selfie, the Leagoo S9 offers an 8MP front-facing shooter to snap or make videos calls.

Parading a whole Octa-core with two cores running at 1.5GHz, Cortex A53 +1.0GHz Cortex A53 respectively. The 4GB RAM is an assurance that the phone will handle high demanding apps and sensitive 3D games with ease without lagging.

The Mali-T880 MP2 GPU will bring out the graphics to improve your gaming experience. The operating system is Android 8.0 Oreo with internal storage of 32GB with support for microSD card up to 256GB.

The Leagoo S9 received its power from a massive 3300mAh battery with fast charging technology to fasten up the charging speed. You get a fingerprint scanner on the front for security and it supports 4G LTE network with other connectivities options.

The Leagoo S9, however, will likely have a wireless charging which has always been the top selling point and exciting feature of iPhone X and Samsung Galaxy S8.