Motorola Moto E5 was among the E series of smartphones that was announced by Moto alongside the Moto E5 Plus which happens to be the bigger model among them as it packs a large battery capacity and an ample RAM too. The Motorola Moto E5, on the other hand, is an affordable smartphone that has a premium body design wrapped in 5.7 inches IPS LCD capacitive touchscreen. 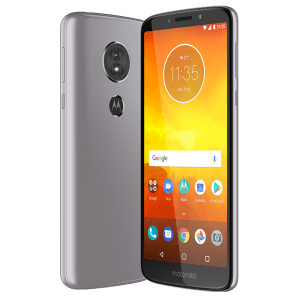 Where to buy Motorola Moto E5

The Motorola Moto E5 on the design almost carries the same looks and screen size of the Plus version with a premium body design parading 18:9 aspect ratio about 75.2% screen-to-body ratio which offers an infinity display. It has a screen size of 5.7 inches with a resolution of 720 x 1440 pixels and a protective Corning gorilla glass to protect it from scratch. You will be getting this phone in Gold and Platinum color variant.

On the camera department, the Motorola Moto E5 carry a single lens of 12MP on the back for photography and this lens features phase detection autofocus, LED flash and will shoot full HD videos.

On the front, it has another single snapper of 5MP which comes with an LED flash to capture pictures in a bright quality even in a low light condition. The inbuilt storage on this phone is 16GB and it’s expandable up to 256GB using a micro SD card.

The Motorola Moto E5 packs Qualcomm MSM8917 Snapdragon 425 chipset something that is more responsible and it will carry out any task on the phone successful with the quad-core processor that clocked at 1.4 GHz and a RAM of 2GB with Adreno 308 taking care of graphic. 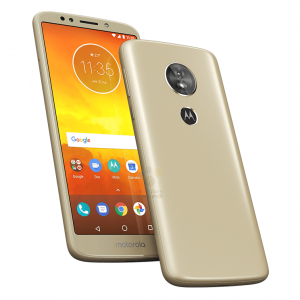 There is a USB Type with a reversible connector that you can use to charge the nonremovable battery capacity of 4000mAh which comes with fast charging technology as well. This phone is powered by Android 8.1 Oreo operating system and it has a rear mounted fingerprint scanner for security and 4G LTE for connectivity plus WiFi and WiFi Direct.