Gionee M7 Power is the latest smartphone from the M7 variant that promises to last longer when fully charged. It shares similar features with the Gionee M7 but the power that add to its name is an indication of its longevity. 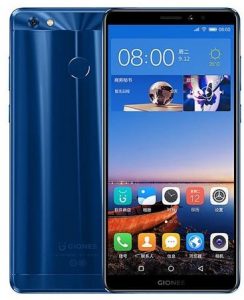 Where to buy Gionee M7 power

The phone parade a metal body design that makes it look premium. You can get it in variant colours such as gold, black and blue.

The camera is a 13MP sensor with autofocus and LED flash on the rear. It captures Full HD (1080p) videos at 30 frames per second.

You get another front-facing sensor of 8MP that prompt delivery high image selfie.

Gionee M7 Power comes with a more bigger processor, unlike the M7 model. It has an octa-core Qualcomm Snapdragon 435 chipset running at 1.4 GHz.

The RAM is lower. It has 3GB of RAM with internal memory of 64GB that can still be expanded up to 256GB via microSD card.

Coming to the battery, Gionee M 7 power has a massive battery of 5,000mAh Li-Po battery. With this, you don’t have to bother about carrying your charger around.

There is also a fingerprint sensor that you can always use to unlock your device.

The price of Gionee M7 Power in Nigeria will start from 60,000 Naira to 90,000 Naira depending on your location in the country.