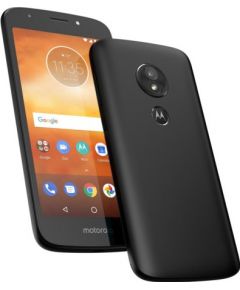 The Motorola Moto E5 Play still sport the same looks of the three smartphones in the Moto E5 series. It has the same on-screen Navigation buttons with a rear-mounted fingerprint scanner that is hidden on the logo. This phone has a single camera and an LED flash on the back while the front has the selfie snapper and an LED flash on the top with the Moto logo below on the bottom of the phone.

You can see the bezels visible both on the top and bottom but it does not really affect the 5.2 inches IPS LCD capacitive touchscreen with 720 x 1280 pixels and 282 pixels per inch density. This phone also has a corning gorilla glass on the main screen and it’s available in Black, Dark lake, and Flash gray colors.

The Motorola Moto E5 Play has a rear camera of 8MP with 1080p video capture, autofocus and LED flash to snaps beautiful photos anywhere. On the front, it has a selfie snapper of 5MP which also comes with LED flash and it has an inbuilt memory of 16GB which can be further expanded up to 128GB using a micro SD card. 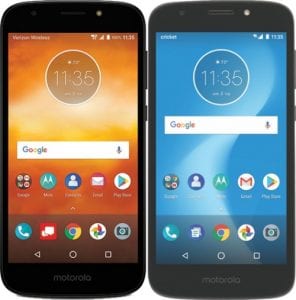 The Motorola Moto E5 Play has a processor of Qualcomm MSM8917 Snapdragon 425 with Quad-core 1.4 GHz CPU and Adreno 308 GPU. The phone will be powered by an operating system of Android 8.1 Oreo with 2GB of RAM and a removable battery capacity of 2800mAh with quick charge technology. There is a fingerprint sensor, Active noise cancellation with dedicated mic, micro USB 2.0, WiFi and 4G LTE for connectivity.

How to Fix Apple Watch Wont Turn On