Bontel E11 is an affordable smartphone from Bontel which I described as a budget killer with respect to the massive battery capacity and the sharp camera the maker equipped with this phone. You will find this device a better alternative in the budget smartphone category. 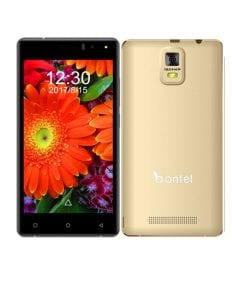 Where to buy Bontel E11

The Bontel E11 comes in a standard screen size of 5.0 inches with a body dimension of 145.6 X 73 X 93mm which is a little bit thick and it has HD IPS display technology for a better content viewing. You can buy this budget smartphone in White, Golden, and Black.

On the camera, the Bontel E11 has an impressive dual camera of two. One is on the back which captures photos with 13-Megapixels with full HD video recording capability and on the front, the Bontel E11 has a selfie snapper of 8-Megapixels on the front. You can also take cool shots even at night as the main camera has an LED flash. The inbuilt storage on this phone is 8GB and it’s expandable up to 32GB using a micro SD card.

On the hardware, the Bontel E11 has an MTK 6580A with 1GB of RAM and an operating system of Android 7.0 Nougat powered by a massive battery capacity of 4000mAh which will surely last long when fully charged. You will get a micro USB cable from the box and it supports 3G data connectivity.

The price of Bontel E11 is 20,000 Naira in Nigeria depending on your location.