ZTE Blade V9 is an entry-level smartphone though coming from an unpopular brand in some countries, the phone packs lots of Features that can easily blow your mind. 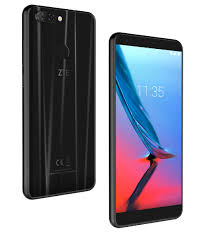 Where to buy ZTE Blade V9

The ZTE Blade V9 comes in a classic design. It has glass on the front that is crafted to ensure the front is strong enough to survive many drops however the back features an aluminum frame to improve its durability thus making the phone a premium device.

For selfies, the ZTE Blade V9 offers a 13MP single camera on the front you can also record full HD videos with this setup. 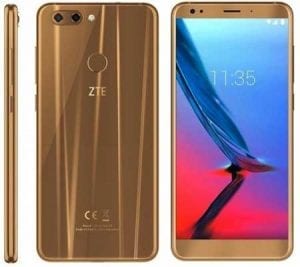 The ZTE packs a processor of Qualcomm Snapdragon 450 on Android 8.0 Oreo with the octa-core handling business at a speed of 1.8 GHz. The Adreno 506 GPU will take care of graphics making sure you enjoy smooth and lag-free gaming.

There is a rear mounted fingerprint scanner for security and it comes in Black and Gold colors. For connectivities, the LTE Blade V9 support 4G LTE network for fast surfing and download with Wi-Fi for wireless connection alone with micro USB 2.0v.