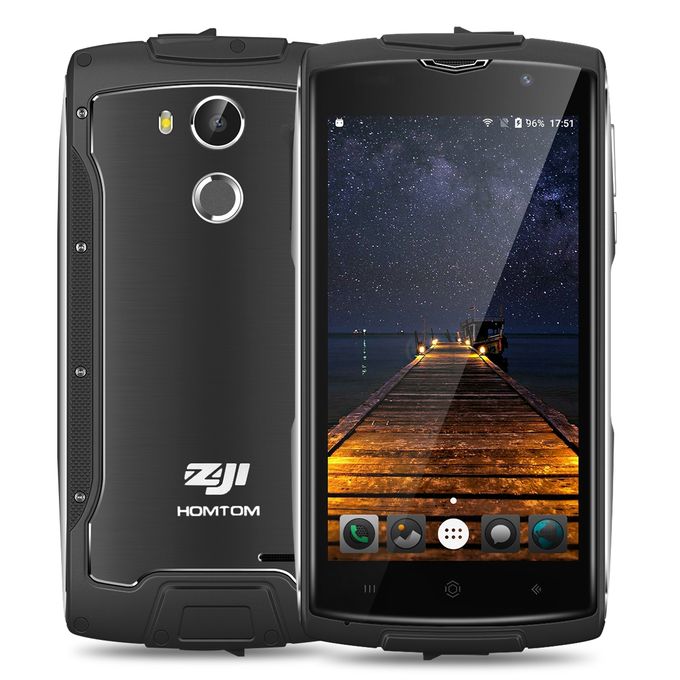 The Homtom Zoji Z7 is somehow a brother to the Homtom Zoji Z6 specially designed for rough handling. It has a cool battery and also packs impressive features like a fingerprint scanner and 4G LTE network and a more faster processor.

Where to buy Homtom Zoji Z7.

Looking smart, the body of Homtom Zoji Z7 is well packaged and design to satisfy anyone looking for a rugged device. It features and thick body of about 11.9 mm that weight 204g. It has 5.0 inch which is an upgrade of the Homtom Zoji Z7. You get an IP68 rating that prevents water and dust from damaging the phone.

On the back is an improved camera of an 8MP sensor for taking photos and it retains the same 2MP on the front for selfies. The camera is not something to boast around but at least it has one which in this case is better than nothing. The built-in memory storage is 16GB with support for micro SD card of up to 64GB.

It has a decent processor of a MediaTek MT6737 Quad-core 1.3GHz plus an ARM Cortex-A53 and ARM Mali-T720 MP2 GPU that carry its business with the backing of a 2GB RAM to deliver a smooth performance on an average range.

The HomTom Zoji Z7 is powered by Android 6.0 Marshmallow which you can also upgrade to the latest version of Nougat. There is a fingerprint scanner for security and a battery of 3000 mAh Li-Polymer which keeps the phone running for a long time in standby mode.

The Homtom Zoji Z7 in Nigeria will start selling at a price of 30,000 Naira to 35,000 Naira depending on your location.

This website uses cookies to improve your experience while you navigate through the website. Out of these, the cookies that are categorized as necessary are stored on your browser as they are essential for the working of basic functionalities of the website. We also use third-party cookies that help us analyze and understand how you use this website. These cookies will be stored in your browser only with your consent. You also have the option to opt-out of these cookies. But opting out of some of these cookies may affect your browsing experience.
Necessary Always Enabled
Necessary cookies are absolutely essential for the website to function properly. This category only includes cookies that ensures basic functionalities and security features of the website. These cookies do not store any personal information.
Non-necessary
Any cookies that may not be particularly necessary for the website to function and is used specifically to collect user personal data via analytics, ads, other embedded contents are termed as non-necessary cookies. It is mandatory to procure user consent prior to running these cookies on your website.
SAVE & ACCEPT
MORE STORIES
Infinix