Huawei Mate SE is a smartphone that has a powerful processor, premium design, and a generous inbuilt storage. This phablet also has a fingerprint scanner, combo rear camera, and 4G support networks. 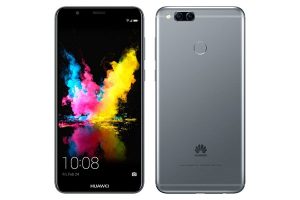 Where to buy Huawei Mate SE.

The Huawei Mate SE feature Aluminium Alloy in the design that is well crafted to ensure smooth edges. It has a screen of 5.93-inches FHD under the resolution of 2160 x 1080 Pixels and 407ppi density. The front area has 2.5D Curved Glass with a Blue Light Filter Full lamination that makes it scratch resistant.

This phone has a dual sensor on the back that takes shots with 16-megapixels + 2-megapixels respectively. You get a single 8-megapixel snapper on the front with F2.0 Aperture. The main camera has an LED flash and f/2.2 Aperture as well just like the front camera and it records 4k video capability. The phone has 64GB of inbuilt storage expandable up to 256GB via MicroSD card.

Running at a high speed of light with the Kirin 659, 64-bit Processor and the octa-core handling business with 8 cores that clock at 2.36 GHz and 1.7GH respectively with a respectable RAM of 4GB and ARM Mali-T830 MP2 GPU. The Huawei Mate SE has a non-removable battery capacity of 3,340 mAh promising to last up to 528 hours of standby time. It supports 4G data and Bluetooth v4.1

The Huawei Mate SE price is around $300. In Nigeria, the phone will sell at a price starting from 95,000 Naira to 115,000 Naira depending on your location in the country.