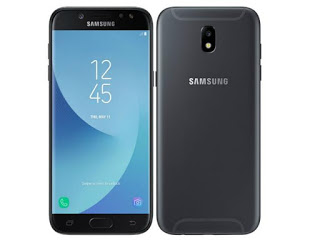 Samsung Galaxy J5 2017 edition comes in a more solid design, it has a fingerprint sensor and 4G LTE network.

Where to buy Samsung Galaxy J5

you can buy the smartphone on the online leading store.

The South Korean company really impress their fans with the Samsung Galaxy J5 that comes in all metals with an 8-millimeter slim body.
Samsung Galaxy J5 comes in AMOLED touch display featuring 5.2 inches with a resolution of 720 x 1,280 pixels.

Galaxy J5 comes in either 2GB or 3GB of RAM. it has internal memory of 16GB or 32GB with support for memory card up to 256GB.

Samsung Galaxy J5 (2017) has a battery capacity of 3000mAh li-Iion that can last up to 21 hours of talk time.
you can also unlock the smartphone within 5 seconds by making use of the fingerprint sensor.

The smartphone is not yet available in Nigeria, Ghana or Kenya but when is available you can always get it online on Jumia. The price is expected to be around 50,000 Naira to 85,000 depending on your location.
Ghana should be GH? 795. and Kenya around 16,900 KSh.