In the wikos series, Wiko Harry seems to be the best among all so far with it body design with metal to give you a nice look and feel. This smartphone comes in 5.0-inch and it supports 4G LTE. 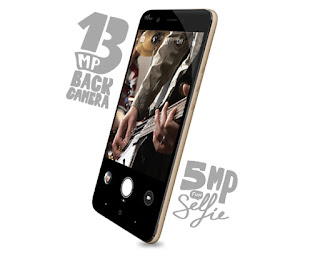 Where to buy Wiko Harry.
you can buy the smartphone on the online leading store.

Hardware and Software.
Wiko Harry runs on Android 7.0 Nougat an upgrade from Wiko. it has a 1.3GHz quad-core processor with 3GB RAM wow this is good news because with Wiko Harry you can play all kinds of Game without the smartphone lagging or heating up.
Wiko Harry has an inbuilt memory of 16GB which is expandable up to 128GB.
The battery of Wiko Harry is a downgrade compared to Wiko Jerry max, It has 2500 mAh Li-ion. and it comes in two Colours. Anthracite and Gold.

Display and Camera
Wiko Harry features 5.0-inch with IPS display and it has a screen Resolution of 729 x 1280 pixels, with a screen density of 294 ppi.
Wiko Harry has a Rear camera of 13-Megapixels and Front Camera of 5-Megapixels this camera is another upgrade from Wiko. Wiko Harry also supports Dual micro sims.
Availability of Wiko Harry.
Wiko Harry is not yet available in Nigeria, Kenya, and Ghana but when available the price is set to be 55,000 Naira to 70,000 Naira.
The price in Ghana will be GH? 625 and Kenya will be 14,999 KSh.
General features of Wiko Harry.