Tambo TA-40 is officially launched in India at a price of Rs. 5999 with Android Go Edition and a 5.45-inch 18:9 display with a rear-mounted fingerprint scanner. Recently, TAMBO announced some mid-range smartphones in Nigeria which cost less than N25,000. So, there is the possibility the new TAMBO phone coming to Nigeria. 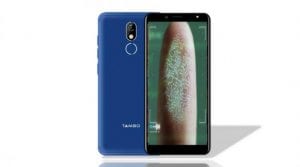 On the body, the TAMBO TA 40 features a decent body design. Thanks to the smooth panel that manages to squeeze out a fingerprint scanner and an LED flash. The phone has a dual rear cameras set-up. Both the back and front camera consist of 5MP and they are paired with an LED flash. The TAMBO TA 40 has a screen display size of 5.45-inch 18:9 aspect ratio display, is powered by a quad-core SoC with 1GB of RAM for smooth performance.

It has an inbuilt memory of 8GB which is expandable with micro SD card up to 64GB. The TAMBO TA 40 runs on Android 8.1 Oreo Go Edition with a battery capacity of 2400 mAh. Apart from the fingerprint scanner, the phone is so equipped with a Face to unlock as an added security feature. For connectivity, it supports dual SIMs with 4G VoLTE, WiFi 802.11 b/g/n, and Bluetooth 4.2, GPS. 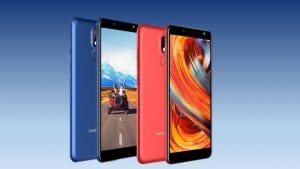 Previous Umidigi F1 VS Umidigi Z2 VS Umidigi One Max: Specs Comparison
Next How To Get & Activate UBA MasterCard Secure Pass Code For Online Transaction