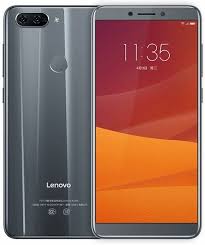 Lenovo K5 Play is part of the affordable smartphone from Lenovo, this phone has an average Specs and still maintain a premium design. It has a 2GB or 3GB of RAM with a 16GB of inbuilt storage and then a fingerprint sensor for security. Where to buy Lenovo K5 Play

The Lenovo K5 Play features a metallic unibody material with a screen size of 5.7 inches HD+ IPS and LCD capacitive touchscreen display accompanied with a resolution of 1440 x 720 Pixels. It also has a display protection of 2.5D Curved Glass and the overall weight is 155 grams measuring 72.6 mm x 153.75 mm x 7.85 mm in dimensions.

The Lenovo K5 Play also maintain the triple cameras set up on the K5 2018 that snap with the same lenses of 13 Megapixels + 2 Megapixels and it supports an LED flash recording full HD videos. The front camera has a single lens of 8 Megapixels with F2.0 Aperture, and Face Recognition. The onboard storage on the Lenovo K5 Play varies just like the RAM. You will get 16GB or 32GB of inbuilt memory depending on the model you buy and you can also expand it up to 128GB using a micro SD card.

In a bid to boost performance thus gives users something fast and responsive, the Lenovo K5 Play decided to pack a Qualcomm Snapdragon 430 MSM8937 chipset under the hood with an Octa-Core that run at a speed of 1.4GHz + 1.1GHz maxed. It has a RAM of 2GB or 3GB with a version of Android 8.0 Oreo operating system that is powered by a nonremovable battery of 3000mAh with fast charging technology. Some other features of this phone include micro USB, Bluetooth, wifi, 4G and a fingerprint sensor.