At the MWC 2018, it was full of surprises and excitement as different phones were launched some with a beautiful design while others have mind-blowing features that will leave you in awe. In a candid looks, and to be straightforward, the Sony Xperia XZ2 find It way to the flagship device club. This smartphone has every thing attached to better. It has a better camera, better specs, and a better battery as well with other features that make it unique. Let’s see them. 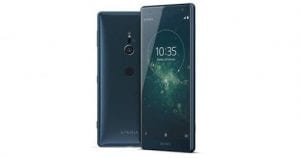 Where to buy Sony Xperia XZ2

The innovative looks on Sony Xperia XZ2 pave way for more and premium design as the phone is made of Aluminium Alloy which is evident in the panel that is coated with the aluminum while the button and camera arrangement seems to be in order except for the fingerprint scanner that is shifted below, a little bit far out of the reach of your tomb.

The Front and side of the phone are where you will find the glass material as the entire front is protected by a corning gorilla glass 5 which will prevent the phone from future crack or scratches. The 3.5mm Jack is nowhere to be found on this phone instead you get a USB Type C and it has a screen size of 5.7-inch with an IPS and LCD display technology.

The availability of this flagship device in beautiful colors will boost it sells as it arrived in Deep Green, Ash Pink, Liquid Black and Liquid Silver. It has IPS65/IP68 Certified that shows its protected from dust and water.

The 19-megapixels equipped on this phone is super cool as it comes along with major features that will increase the brightness of photos like the f/2.0 Aperture, 4K Video, Autofocus, Continuous shooting, Digital image stabilization, Digital Zoom etc. The single-camera of 5-megapixels on the front may seem to be out of the business to selfie lovers but the good news here is that with the 5MP, you can record high video quality of 4K.

So making video calls with this phablet will be a great way to reach your loved ones. The 64GB on this smartphone is more than enough to accommodate all your files, music, videos or apps and it also supports microSD card up to 400GB.

Just like other flagship devices, the Sony Xperia XZ2 meltdown its way to the heart of buyers by carrying Qualcomm Snapdragon 845 SoC under the hood which is one of the potential features of a responsive smartphone. The processor will carry it’s assignment at a speed of 2.7GHz, taking along with it is an Adreno 630 GPU. The 4GB of RAM will have a role to play in ensuring that users get an Exceptionally performance when gaming or running an app.

Some of the security measures taking are the rear-mounted fingerprint scanner that you can use to unlock your phone to secure your privacy while the operating system of Android 8.0 Oreo inside will improve the overall performance.

The non-removable battery capacity of 3,180 mAh will last longer than expected and alongside is a wireless charging technology and fast charging as well. You get a corporate connectivities options such as 4G LTE data, Bluetooth, and USB Type C.
Price of Sony Xperia XZ2.