As the year is gradually coming to an end, Infinix Mobility is working on something new and amazing.
They will be coming up with new and exciting affordable devices as usual. Below, we will be looking at the upcoming Infinix phones of 2019 with the expected prices and release date. 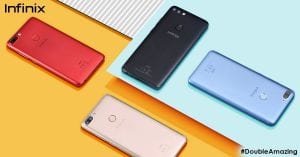 The Infinix Hot 7 is already on its way. The phone will come with similar features and design with the Infinix Hot 6X. This is to say, it will feature a notch in a large display screen size. The inbuilt memory will start from 2GB RAM with 16GB of inbuilt storage and it will have a bigger model with 3GB RAM and 32GB of inbuilt storage. Don’t expect a huge difference on the phone, because it will still fall under the budget device that anyone can buy without breaking their wallet. The Infinix Hot 7 will also have an X edition which will be called Infinix Hot 7X with similar design and features. 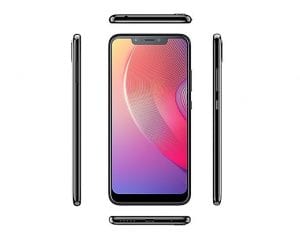 It’s not quite long when Infinix introduced the Smart series. The main purpose of Infinix Smart series is to offer a pocket-friendly smartphone to fans. So, the new Infinix smartphone will be the Infinix Smart 3. Have you seen the Infinix Smart 2 HD? The phone still lacks a notch but offer a large screen display in a small body. So, the upcoming Infinix Smart 3 will likely feature a notch up front and will definitely run on Android 8.1 Oreo operating system. The phone will be available in 1GB with 16GB and another model with 2GB and 16GB of inbuilt storage. It will have support for 4G LTE network and will also support micro SD card as well. 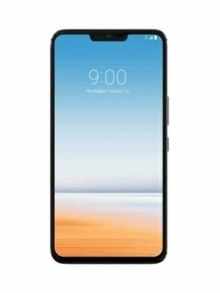 The Infinix Note 6 will be the successor of the Infinix Note 5 smartphone which is mainly built for photography. The phone will feature the best camera setup and will also be the first in the Note series to carry a notch up front. The Infinix Note 7 will boast a generous inbuilt memory which will likely range from 64GB to 128GB. The phone will definitely take over from the Infinix Zero 5. It will runs on Android 9.0 Pie operating system out of the box and will carry a dual rear cameras set-up with a capable processor. Although there’s no much news or rumors concerning the phone release date, however, Note 6 will be coming at the middle of the year.

From the looks of things and speculations, it seems the Infinix Zero 5 didn’t sell as expected. The Infinix Zero 6 is on its way and with the latest rumors, the phone will launch in 2019. Infinix wants to introduce something new on the Infinix Zero 6 in order to attract more buyers. So the Infinix Zero 6 will not only features a notch up front but might likely feature an onscreen fingerprint scanner with a smart Face ID. It will pack a Snapdragon processor and will have a huge RAM of 8GB. The onboard storage will be generous as well. Most importantly, the Zero 6 will runs on the latest Android 9.0 Pie operating system. 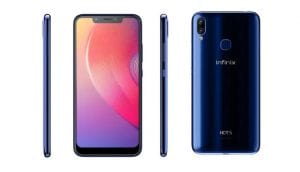 The Infinix Hot S4 and Hot S4X will be the successor of the Infinix Hot S3 and Hot S3X respectively.
Both phones will feature a notch which will likely be in a teardrop shape. The phones will be made available in 2019 and they will be preloaded with the latest Android 9.0 Pie operating. The Infinix Hot S4 may feature four cameras set-up. Two at the back and another two for selfies. The phone will likely have a big model with a 6GB RAM and 64GB of inbuilt storage. Other features will include 4G LTE network, USB Type C cable, and others regulars.

These are the upcoming Infinix phones that we are expecting in 2019 from Infinix Mobility. The features and specs are just rumors while the images are just the concepts of what the phones will look like.
We have no official specs nor the release date from Infinix. Infinix is one of the most top-selling smartphones in Nigeria, India and other neighboring countries. They offer amazing smartphones with good looking and enough inbuilt memory at an affordable price segment.