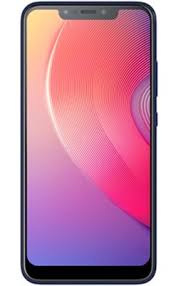 There is no doubt the launch of Infinix Hot 6 is a huge success for Infinix Mobility. The phones indeed are one of the kings in budget phones, especially in Africa and other Asia countries. The latest phones on the lips of Infinix fans is the Infinix Hot 7 smartphone which will be the successor of the Hot 6.

I even came across a certain post on Facebook where someone is criticizing the Hot 5. According to him, there is not much difference with its predecessor to take away and Infinix replied to him that the Hot 6 has a Snapdragon 425 chipset while the Hot 5 has a MediaTek MT6580 processor.

Though this is a significant upgrade some will still not buy that. Well on the design the phone is inspiring than the Hot 5. Let’s leave this for now and look at the upcoming Infinix Hot 7.

The Infinix Hot 7 will sport a different design going by the latest changes happening in the smartphone world today. Remember the trending notch that most people are now jumping into. In fact, recently Infinix released the latest phone in Pakistan and India which they call Infinix Hot S3X with a notch.

The notch on the phone is a prove that Infinix has decided to join the trending Notch. So the Infinix Hot 7 may likely pack a notch with a reduction in bezels.  It will have almost have the same screen size as its predecessor and will carry a fingerprint scanner with a dual rear camera set-up.

Where Infinix will improve will be on the camera and the design. The Infinix Hot 7 will have a dual 13MP + 5MP on the back while the front camera will be upgraded to 8MP. You will shoot and record FHD videos and it will support LED flash both on the front and back.

Definitely, the phone will still maintain the 2GB of RAM with 16GB of inbuilt storage. You will be getting the latest version of Android 8.1 Oreo on the phone.

Infinix Hot 7 may come with an upgrade on the battery. The battery capacity will be upgraded to 4500mAh and it will come with a fast charging technology. The phone will still maintain the Qualcomm Snapdragon processor with 2GB and 3GB of RAM. It will support external SD card up to 128GB and 4G LTE network.