Innjoo Netsurfer is a small screen smartphone from the company that houses 4.0 inches with 1GB of RAM and it surprisingly supports 4G LTE network. The phone is suitable for low users. 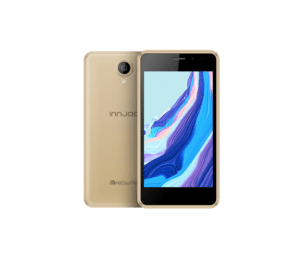 Where to buy Innjoo Netsurfer

The Innjoo Netsurfer is made of plastic with the panel housing a single camera along with an LED flash while the front features tons of bezels with a screen size of 4.0 inches. The smartphone has an 800 X 480 resolution and IPS technology and it’s available on Gold color only.

There is a rear camera of 5MP with an LED flash that also supports video recording while the front facing camera has just 2MP of a camera for a selfie. The internal memory is 8GB and you can also expand it up to 64GB using a micro SD card.

The Innjoo Netsurfer has a Quad-core processor which promises a speedy operation with a RAM of 1GB and an operating system of Android 6.0 Marshmallow. It has a removable battery capacity of 1600mAh with a 4G LTE network for connectivity.

PRICE AND AVAILABILITY OF Innjoo Netsurfer.