Cubot J3 is an entry-level smartphone that is preloaded with the Android 8.1 Go Edition which is Google own Android version design for low budget smartphones. That means the Cubot J3 will gives a decent performance as this Android Go runs smoothly on low-end devices.

Another thing you need to Know about the Android Go Edition is that it comprises of three parts namely, lightweight Android, Google Go subordinated apps, and a customized Google Play Store mainly for 1GB or 512MB RAM phones. 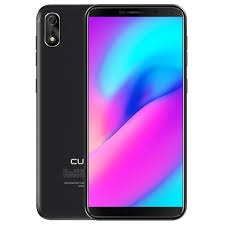 Where to buy Cubot J3

On the design, the Cubot J3 is good looking with a round and thin body which is made of Aluminium alloy and Plastic with a screen size of 5.0 inches HD+ which is portable and pocket-friendly. Cubot J3 has a screen resolution of 1440 x 720 Pixels and 322ppi density enough to bring detailed content and video quality when watching movies. This smartphone is available in Black, Gray, and Blue colors variant.

In the back of Cubot J3, you will find a single camera of 8MP slotted on the side with an LED flash below it with F2.4 aperture, full HD video recording and it can shoot up to 1080p@30fps video resolution. On the front, it has a front facing camera of 5 Megapixels which is not that bad considering the price of the phone and it also support face ID. The onboard storage is 16GB and it’s expandable up to 128GB using a micro SD card.

The Cubot J3 has a MediaTek MT6580 chipset with a Quad Core 1.3GHz CPU and 1GB of RAM. You should not worry about the spec because the Android 8.1 Oreo Go Edition OS that this phone runs on will fasten up the performance and deliver when running apps or browsing. On the power, the Cubot J3 has a nonremovable battery capacity of 2000mAh with a fast charging technology. The Cubot J3 lacks a 4G data and it does not support fingerprint scanner which is some of its shortcomings.