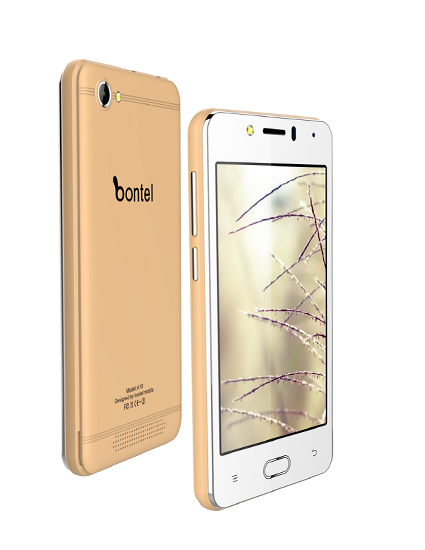 Another affordable smartphone from Bontel is Bontel A10. This smartphone does not pack a massive battery but the capacity on it is also enough to last a day when fully charged. This phone is also the cheapest among the 10 series of phones from Bontel. If you are looking for more power you can check the Bontel A10. 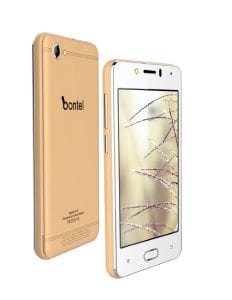 Key Features and Specs of Bontel A10.

Where to buy Bontel A10

The Bontel A10 is not looking bad at all, it retains the looks of an average smartphone and it has a screen size of 4.0 inch with body dimensions of 124 X 65 X 10.4mm. This is smaller but will also fit perfectly on any palm. You can get this phone in four colors like Black, Red, Blue, and Gold.

The Bontel A10 has a rear camera of 5-Megapixels that feature an LED flash and on the front, it has a sensor of 2-Megapixels for taken a selfie. You will get inbuilt memory specs of 4GB which you can also expand up to 32GB with a micro SD card.

This phone is not for gamers or multitasking, as the hardware is below average and the MTK 6580M processor will run with a RAM of 512MB which is not up to a GB.
Well, you will be getting a battery capacity of 2200mAh which will surely keep the phone on for days on standby time since the spec on it is not that big or powerful.

The Bontel A10 is available on Jumia and you can order it online and have it delivered to you in few days. Searching for the phone on shopping store may be difficult to get as Bontel is directly partnering with Jumia. Bontel A10 price in Nigeria is 13,500 Naira.

General features of Bontel A10