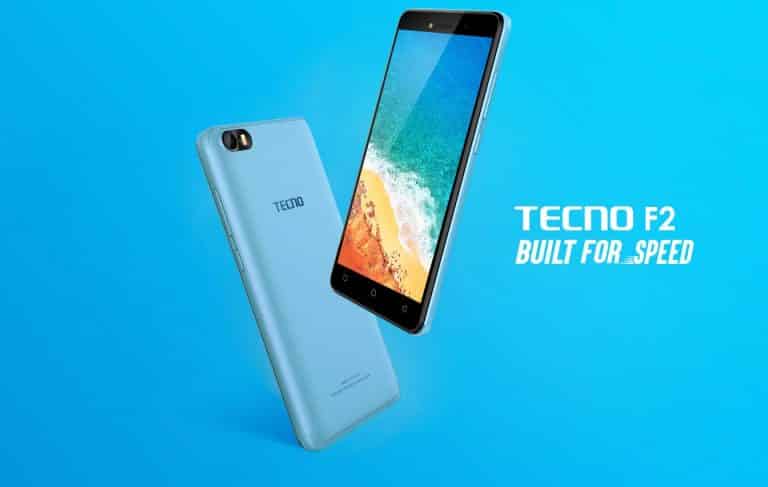 Tecno F2 is among the latest budget smartphone that was launched alongside the Tecno Camon X. This smartphone just like the name read is the upgrade version of the Tecno F1. It has a bigger RAM and it still rocks the same Android 8.0 Oreo Go Edition. Apart from the RAM, the phone still packs the same storage, features and even the same screen size. So in this vein, this phone has no much difference from the later variant.

Where to buy Tecno F2

The Tecno F2 still parade the same design with the low version. It has a screen size of 5-inch FWVGA IPS capacitive touchscreen with 854 x 480 pixels in resolution.
The top bezel is there with the selfie snapper and the LED flash while the bottom still houses the three navigation buttons. Nothing too special on this advanced version. The colors variant is Champagne Gold, Ice Blue, Dark Blue, and Elegant Black colors and it measures 9.7mm in thickness.

In terms of taking photos, the Tecno F2 has a shooter of 5MP which will snap clear photos even in low light making use of an LED flash. You can also record videos with this sensor as well. On the front, it has a snapper of 2MP with an LED flash too to takes a sharp selfie with a clarity of image even in at night. You will get an inbuilt storage of 8GB which is also expandable up to 32GB using a micro SD card.

The Tecno F2 has a MediaTek chip with 4-cores processor and 1GB of RAM. This phone is further powered by Android 8.0 Oreo Go Edition with a removable battery capacity of 2000mAh and the Quad-core processor on the system that reaches its assignment at a speed of 1.3GHz with 28nm process technology offering speedy performance. It has a Bluetooth, WiFi, USB cable and it can access the internet with 3G connection.