Wiko Tommy 3 is a budget smartphone from wiko that comes with a curved glass display, a battery capacity of 2500maah and a 1GB of RAM. Been the successor of wiko Tommy 2, this device almost shares everything in common with its predecessor. 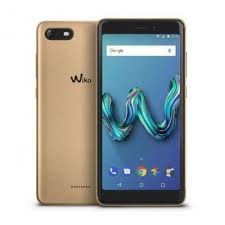 Where to buy Wiko Tommy 3

The Wiko Tommy 3, being a budget smartphone have plastic on the body design but the 2.5D curved glass on the sides makes the phone looks classic as it looks so portable and good enough to hold. It has 480 x 960 Pixels resolution which can not boost of sharp images but with the help of 197ppi density, it will try to deliver cool images and text. The 5.45 inches IPS, LCD display smartphone is available in many amazing colors as you can buy the phone in Black, Gold, Red, and Blue color.

The Wiko Tommy 3 has two cameras set up. On the rear, it has 8-megapixels of snapper with an LED flash and it can record videos of 720p at 30 seconds per frame. It also has other features on the camera that includes Autofocus, Continuous shooting, Digital zoom, Exposure compensation, Face detection, Geotagging, HDR, ISO settings, Panorama etc. The 5-megapixels is what you get on the front for a selfie and the built-in memory is 16GB expandable up to 128GB of SDcard.

With a MediaTek MT6739 processor, the Wiko Tommy 3 will not give an exceptional performance instead, you will get the normal performance of an average phone as it has just 1GB of RAM that runs with the help of Quad-Core 1.3GHz and an operating system of Android 8.1 Oreo Go Edition. The good advantage of this phone is that it supports 4G LTE network and it has a battery of 2500mAh that is Removable and can easily be replaced.