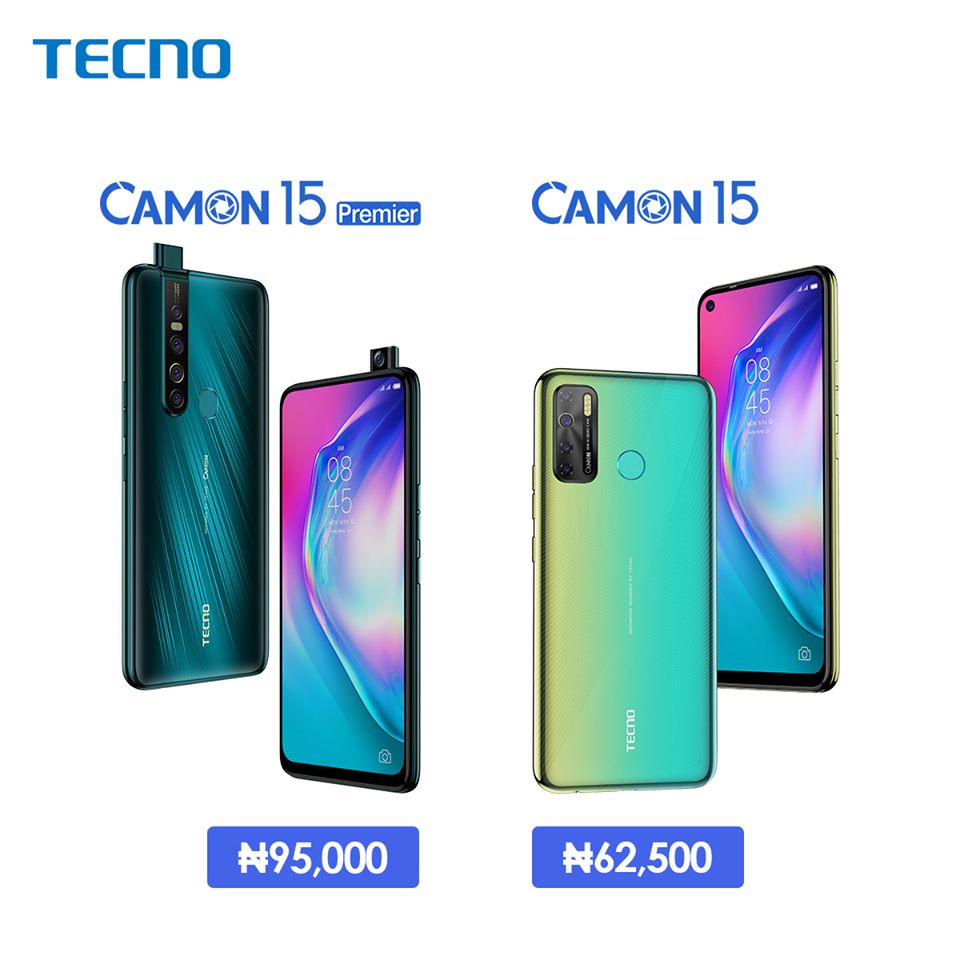 So are you thinking of upgrading from the Tecno Camon 12 to the newly launched Tecno Camon 15 and Camon 15 premier? Before you buy any of the phones you need to see this. 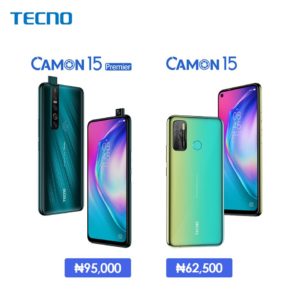 Here are Nigerians opinions concerning the Camon 15 and the 15 Premier features and the price tags on popular forums Nairaland.

by Flytime on Nairaland

I can’t imagine me buying a phone without USB type c and fast charging, 1080p display,AMOLED display,regular update system and HELIO P35 for that price when I could get better mid-range Kirin processors,the snapdragon 600 series or even the Helio G series for that price.They should have at least given it an indisplay fingerprint scanner.

I was expecting the both for a more reasonable price,but Tecno had to do this.That’s how infinix sold the zero 6 without USB type c and shitty specs for over a 100k.

More… By ZesusHVWritter on Nairaland

Unlike tecno, xiaomi gives the truth about t he item being sold, from hardware to software.

Without a doubt this tecno camon 15 is going to be another 64bit powered chipset device with a 32bit android system installed.
I am not going to even bother with the camon 15, that is a death trap for anyone who buys it.
I am going to expose tecno’s lie on the camon 15 pro.
The camon 15 pro is powered by mtk helio p35, according to mtk “The MediaTek Helio P35 allows up to a 13+13MP dual camera system that’s backed by a hardware depth engine that enables a dual-camera smartphone that can capture professional-grade Depth of Field (Bokeh) effects in stunning photos. A single camera mode of up to 25MP with simulated bokeh effects is supported also.”

So where is tecno getting the camon 15 pro 48mp or even 64mp support from?
Two possible answers.
1, There is just one working camera lens on the camon 15 pro and its 12mp or,
2. Tecno has over blown the mtk p35 camera abilities, the out come of that move is a faulty camera engine after few weeks of use. It’s either pictures taken can’t be found, camera app keeps forceclosing or the camera app will continue to shoot dark images due to the overloading of the chipset camera resource.

Now moving on to the battery.
Expect the battery of the camon 15 pro to puck out after 6months of use, due to excessive energy, and rapid distribution of charge. Because if anything, the fastcharge if there be any, is going to be a high voltage power pump without a software to boot.
A usb type b charging port in 2020?
Well, tecno is so confident of their mediocrity selling to innocent Nigerians they don’t care were they stamp on.
Neither wizkid nor bovi will ever use the camon 15 pro, nor would they gift it to their enemies. But tecno knows this truth, they are just hoping Nigerians won’t see the light.
But tecno once again, has failed. Even the redmi 8 of 2020 has a better specs and hardware than the camon 15 pro of 2009.

The case of camon 12 is even good.
Camon 15 series won’t sell up to 3 pieces on nairaland.
Let tecno go and hawk their wayward junk with calculator’s hardware to the innocent Nigerians at alaba and onitsha…. But tell them, the light is shining and those hardworking Nigerians will see them for the wolf they are soon.

Nothing of the note 9 series will be compared to this abomination called a smartphone by tecno. Tecno wants a duel from xiaomi’s stable?
They can wrestle and lose to the redmi 8 or the redmi 5 plus.
Anything above these two devices in xiaomi’s ranks is just plain suicide. the competition will be unfair.
I can’t even compare the camon 15 pro to redmi note 7 let alone straining the insult to redmi note 7 pro….
Whoever compares anything of xiaomi or redmi of 2019 to this disgracefully assembled quack camon 15 pro, is just asking a dead goat to fight a living lioness. 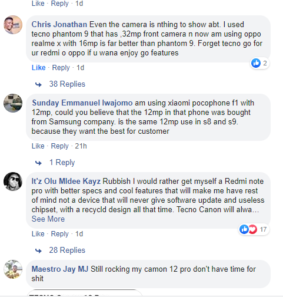 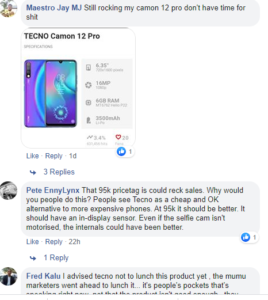 As you can see, the majorities of Nigerians are not happy with the

price of Tecno Camon 15 and the Premier editions. What this means is that the Camon 15 Premier does not have value for money. Let’s check out some of the features.

It’s not possible for a smartphone that runs on Mediatek MT6765 Helio P35 chipset to features 64 MP cameras with some added sensors on it. So we can conclude that the camera setup on the Camon 15 Premier is just another gimmick to deceive people.

Even the Honor Play 9A that comes with the same specifications packs combo rear cameras of 13 MP + 2 MP shooters.

Check out the video review here from Misstechy.

What do you have to say concerning the Tecno Camon 15 and Premier, Is their price tags okay?

2 thoughts on “Tecno Camon 15 And 15 Premier Price: What Nigerians Are Saying”