The founder of Andriod Andy Robin is set to launch his first smartphone. According to tweet release by his new Essential company. Andy Rubin Essential smartphone will be released today.(may 30). 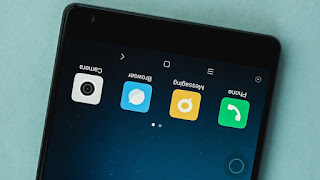 What is essential?
According to Androidpit. Andy Rubin was the Senior Vice President of Google’s mobile sector up until 2014. His successor was Sundar Pichai, the now Google CEO, who was then succeeded in turn by Hiroshi Lockheimer. Rubin was the Android inventor and under his leadership, the OS was installed on billions of devices. Later, he got into robotics at Google, but soon left this area as well in order to pursue his own interests.
After 2014, Andy Rubin began to work intensely with young startups and, under his tutelage, Playground Global found worldwide success. The focus of the company was in artificial intelligence, robotics and augmented reality. Now, it would like to integrate the innovations that it was able to achieve in a new smartphone, as recently reported by Bloomberg.
With the support of a team of 40 people, made up of former Apple and Google employees, the Android founder has now started a new company called Essential. It will reportedly produce not only smartphones but also smart home hardware, with the high-end smartphone at the center of the ecosystem.
Rumored essential Hardware, Software, and displaythe essential runs operating system of Android 7.0 and it has a Ram of 4GB and an inbuilt memory of 16GB with screen Resolution of 1.312×2.560 pixel. the essential smartphone comes with Rear Camera of 12 megapixel and front Camera of 8 megapixels with LEd flash. the battery capacity is still unknown as well as the Dimension and the weight.
General Features of Essential smartphone FIH-PM1
STORAGE
internal memory:16GB
external memory:
RAM:4GB