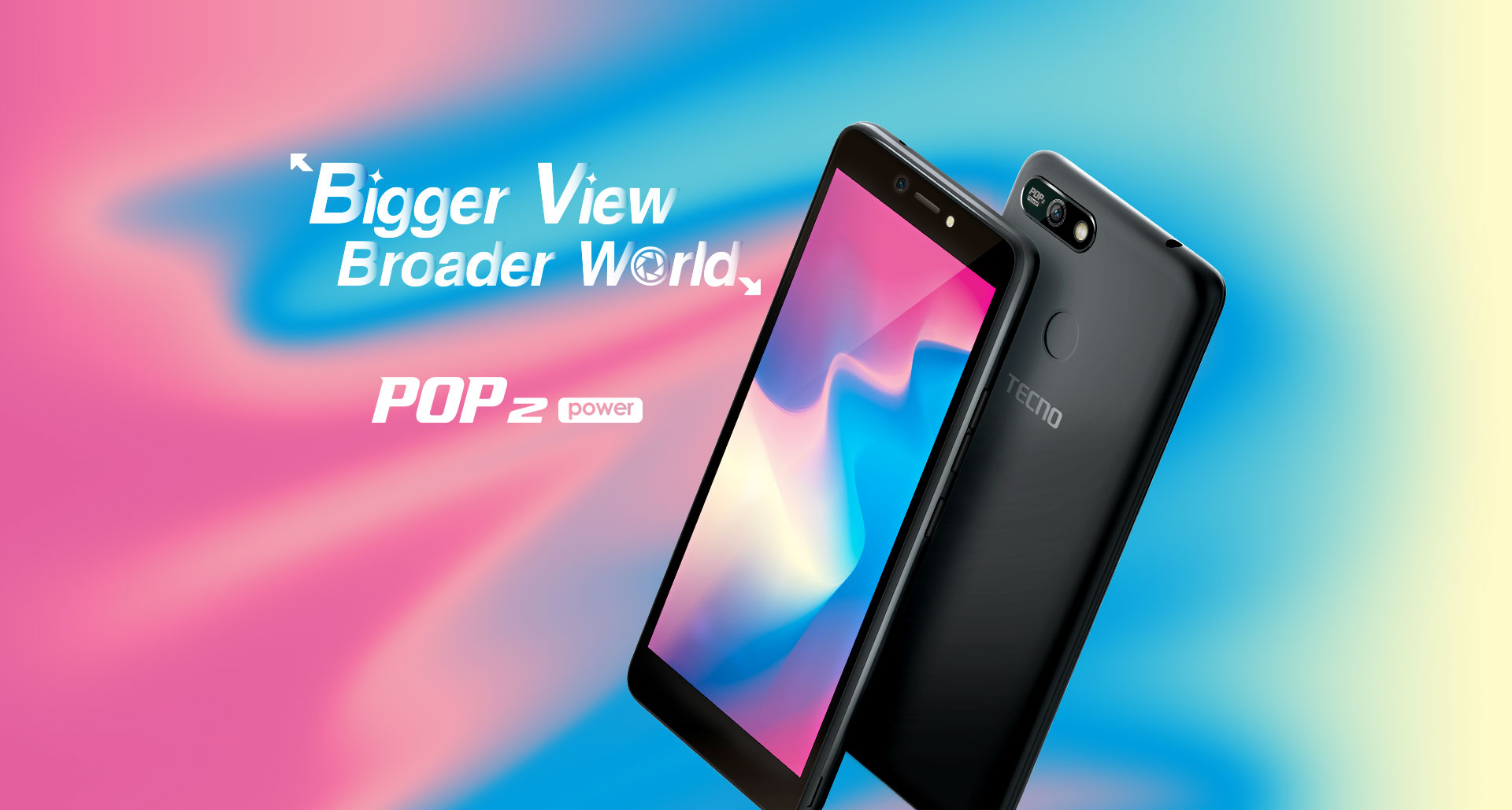 After Tecno Mobile introduced the Tecno Pop 1 which can also be referred to as Tecno F3 smartphone in April, they decided to announce its successor which is the Tecno Pop 2 smartphone. The sad news is that even the Pop 2 still packs similar features with its predecessor. It lacks a fingerprint scanner and still packs the same storage. In order to satisfy their fans and consumers, they decided to introduce the bigger model with a moniker Tecno Pop 2 Power. Just as the name suggests, the Pop 2 Power did not only come with a massive battery capacity but also parade a rear-mounted fingerprint scanner for security. The Pop 2 Power is indeed the advanced version of the duo. Below is the Tecno Pop 2 Power full specifications, features and the price in Nigeria. 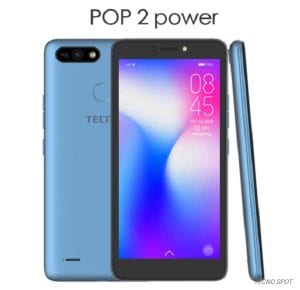 In terms of design, the Tecno Pop 2 Power still features a similar design with the Pop 2 smartphone.
The phone is blessed with a smooth panel that houses a single rear camera with an LED flash and a fingerprint scanner as well. It has a thick bezel both on the top and bottom of the screen and it’s available in amazing colors variant. The Tecno Pop 2 Power still retain the same display screen size of 5.5-inch with a resolution of 960 x 480 pixels and it packs 18:9 aspect ratio.

You will get a rear camera of 5MP with LED flash, and f/2.2 aperture, while on the front, it has an impressive front facing camera of 8MP. On the inside, the Pop 2 Power is powered by a Quad-core MediaTek MT6580A CPU clocked at 1.3Ghz, along with Mali-400MP2. The onboard storage includes 1GB RAM with internal memory of 8GB which you can still expand up to 32GB with micro SD card.
Present on the inside is a nonremovable battery capacity of 4000 mAh and it runs on Android 8.1 Go Edition which will enable an ease performance on the phone. For connectivity, you will get a dual SIMs support with a 3G network, Bluetooth 4.0, and Wi-Fi 802.11 b/g/n got a wireless connection. 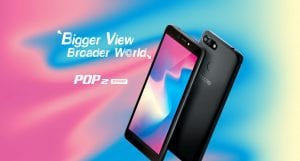 The Tecno Pop 2 Power has officially been announced and the phone will soon start selling online and offline. The price tag is $89 which roughly convert to 32,000 Naira in Nigeria. The Tecno Pop 2 Power will be shipped in Champagne Gold, Midnight Black, and City Blue colors.