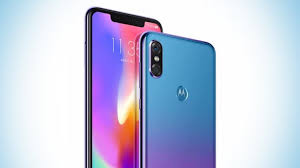 The Lenovo owed Motorola has released another smartphone which will be a follow up in their flagship range of phones. The Motorola Moto P30 is the first phone from Moto to feature a notch. They actually buy the popular trend, anyways, the phone is not looking bad at all. 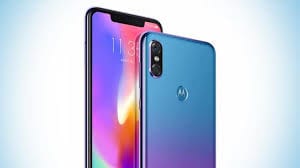 The Motorola Moto P30 features a premium body design. The appearance of the phone is similar to the Lenovo Z5 phone that was unveiled recently. It’s available in amazing colors that include White, Black, and Aurora with the smooth panel housing the fingerprint scanner and the dual camera on the top left.

The handset arrives in a bigger screen size of the 6.2inch display that produces an aspect ratio of 19:0. The screen is shielded by the 2.5D curved glass which is scratch resistant. It has a screen resolution of 1080 x 2280 pixels with 407 pixels per inch density.

For photography, the Motorola Moto P30 has 16-megapixel + 5-megapixel with an AI-powered dual camera system. This main camera features LED flash and panorama with a front facing camera of 12MP.

The selfie camera will capture shots with bokeh effect through AI. Meaning users will be getting perfect and quality photos from the phone, both on the back and front. The onboard storage is either 64GB or 128GB depending on the model you buy.

Powering the phone is Qualcomm SDM636 Snapdragon 636 Chipset with a CPU octa-core processor that clocked at 1.8 GHz. It has Android 8.0 Oreo operating system with a backup of 6GB RAM. Fueling the system is a nonremovable battery capacity of 3000mAh which support fast charging technology.

The Motorola Moto P30 comes with a gaming mode which that can block calls and notifications to enable you to enjoy your games with full concentration. It also has a U-touch split-screen mode and Dolby 360 sound system.

The Motorola Moto P30 will cost around $290 which roughly convert to about 100,000 Naira in Nigeria.

Where To Buy Motorola Moto P30

Get All Access Bank Sort Code For All Branches In Nigeria