The TECNO Pop 1S Pro is the upgrade version of the TECNO P0p 1S smartphone. This model shares similar features with the later except on the RAM and the camera. You will still be getting the same screen size of 5.5 inches, a fingerprint scanner, and 4G connectivity. 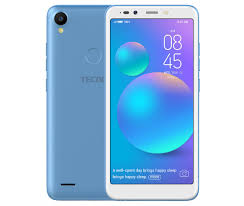 The TECNO Pop 1S Pro comes with a plastic build body material which has become the trademark of budget smartphones these days. The removable panel houses a fingerprint scanner, a camera alongside an LED flashlight.

There is a dual Antenna both on the top and bottom area on the back which adds beauty to the design. It measures 8.6 mm in thickness and it’s available in Champaign Gold, Black, and coral Blue colours.

On the front, the Pop 1S Pro has some bezes both on the top and bottom, however, there are no navigation buttons on it which is recommendable. Now you will have on-screen buttons in a large 5.5 inches smartphone. The screen has a resolution of 720 x 1440 pixels and 286 pixels per inch density offering a full view with clear visuals to users.

On the camera, the TECNO POp 1S Pro camera has been upgraded to 13MP with dual LED flash technology to make taking photos lighter and clearer. The two flashes give fine adjustment when taking photos adding an artistic quality to your shots. You can now take photos with your friends even in a low light environment. For selfie, you will still be getting the same 5MP on the front.

Powering the system is a Quad-Core Processor with a clocking speed of 1.28GHz Max and ARM Mali-400 MP2 for graphics. TECNO Pop 1S Pro has an operating system of Android 8.1 Oreo Go Edition with HiOS on top. Fueling it is a battery capacity of 3000mAh with micro USB cable out of the box. 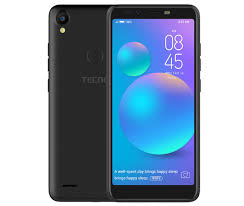 STORAGE AND OTHER FEATURES.

The TECNO Pop 1S Pro uses 2GB of RAM memory which can handle low demanding task smoothly. At the same time, you will be getting 16GB of inbuilt storage which you can use to store your movies, music and other data.

Still, you can expand the memory up to 128GB using a micro SD card. The phone support 4G LTE network for fast download and connectivity. You will get a rear-mounted fingerprint scanner for security and also a split-screen mode which makes it possible to open two apps within one window.