Tecno Pop 1 Pro is the upgrade version of the Tecno Pop 1 which was released with some series of smartphones. This pro version has some upgraded features on the storage and on the camera as well. Just as you’d expect, this model will run faster in handling games than the later variant. This is the features, specifications, and price of Tecno Pop 1 Pro. 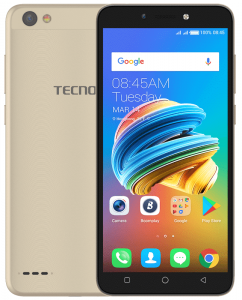 Where to buy Tecno Pop 1 Pro

In terms of design, the Tecno Pop 1 Pro has no difference on the body design, it still has the same plastic body design on the regular model. It has the usual loudspeaker on the back and it measures 8.5mm in thickness. The Tecno Pop 1 Pro has a screen size of 5.5-inch FWVGA IPS capacitive touchscreen that has a resolution of 960 x 480 pixels which is not that sharp but users can still get the normal viewing details on the phone. It has some bezels which were reduced and the screen display is large enough to bring out movies to Life.

One area where this phone really impressed me is on the choice of camera. This Tecno Pop 1 Pro has a sharp camera though single but it’s something to capture your wonderful moments in one tap. The camera has a sensor of 13MP with a dual LED flash to gives you the best at night. It also has a selfie snapper of 5MP which also come with an LED flash to gives you the best selfie even in a low light condition. You will be getting an internal storage of 16GB on this phone and it’s expandable up to 32GB using a micro SD card.

On the hardware, the Tecno Pop 1 will gives a decent performance but not for gamers just for average phone users. It has a system that is programmed to handle its processing power with a MediaTek chip and a Quad-core processor running at 1.3GHz alongside 1GB of RAM. Tecno Pop 1 Pro also has an operating system of Android 7.0 Nougat with HiOS skin and a battery capacity of 2400mAh.