Smartisan may not be as popular as Huawei, Xioami, and other smartphones but they have a large presence in China and other parts of the world and they are well known for making unique smartphones on a beautiful body design. So meet the Smartisan Nut R1. 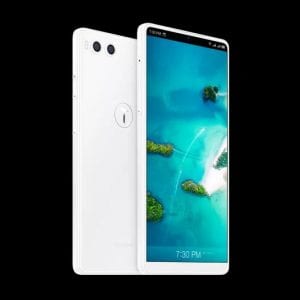 One of their products that joined the flagship phones is the Smartisan Nut R1. This phone is an amazing piece of mobile that packs impressive features offering a sharp dual rear camera and other mind-blowing features you won’t want to miss.

Where to buy Smartisan R1

On the design, the Smartisan practically adopt the latest notch display but in a special way as this phone has a full display that reaches to the top where it later cut out giving specs for a front facing camera and the earpiece. The Smartisan Nut R1 is almost bezel-less having about 80% screen to body ratio.

Moving to the side, the smartphone has 74.5 mm x 153.3 mm x 7.9 mm in dimensions and on the rear, the phone is wrapped in a 3D glass and an aluminum frame which has a thin line and as for the fingerprint scanner, it’s hidden under the Smartisan logo that is rounded in a circular button. 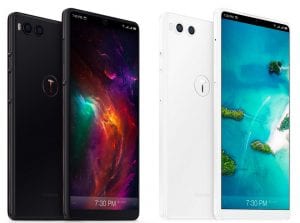 The front-facing camera is single and it snaps with a 24MP sensor that features a f/2.0 aperture ArcSoft ray algorithm and AI real-time beauty mode. On the storage, the Smartisan Nut R1 comes in four variants. You can either get 6GB + 64GB, 6GB + 128GB, 8GB + 128GB, 8GB + 1TB of inbuilt memory and you can still expand it up to 256GB using micro SD card.

Under the hood is a Snapdragon 845 processor that clocked at 2.8GHz paired with an Adreno 630 GPU. It has an operating system of Smartisan OS 6.0 Based on Android 8.0 Oreo and a battery capacity of 3600mAh with fast charging technology. The Smartisan R1 also offers a USB Type C cable with a Bluetooth 5.0, dual-band Wi-Fi, NFC+eSE, and global LTE band support. 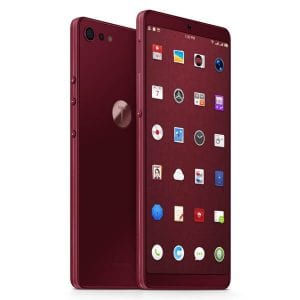