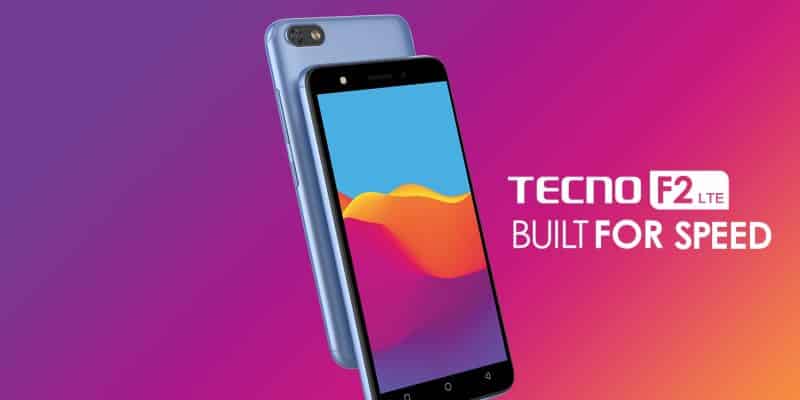 The launch of the TECNO F2 LTE is proving that TECNO mobile does not just recycle phone without adding new features to it. This phone is budget friendly and it’s specially introduced for low-end users which is also an advanced version of the TECNO F2 mobile phone that was launched some couple of months ago. 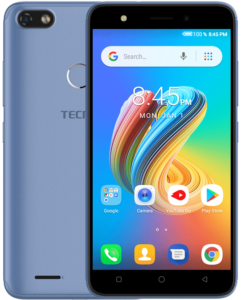 This new phone has a fingerprint scanner with 4G LTE network hence the name. It’s the latest Android Go Edition that will be powering the handset.

Where to buy TECNO F2 LTE

TECNO F2 LTE is wrapped on a full plastic design with the back housings the fingerprint scanner which is among the additional features you will not find on the normal F2 variant. On the same back, you will find a dual antenna line on the top and bottom while the rear camera is located on the top left side with a flashlight beside it.

Below the fingerprint scanner is the branded logo. Turning to the sides, you will find both the volume button and the power button with the dimensions measuring 9.5mm in thickness. The TECNO F2 LTE is available in Black, Gold and Blue colors. 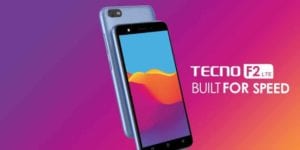 You will get an immersive viewing experience on this budget device as well as it dishes out a 16:9 aspect ratio, though with physical navigation buttons, But the bezels have been reduced obviously as you can see.

The display size is -inch FWVGA IPS capacitive touchscreen. The display might not be the best, still, with the 854 x 480 pixels resolution, you will get a good display.

More phones you need to read:

The camera comes in pairs. On the back, it offers a single camera of 5MP with an LED flash and other features while in the front, the TECNO F2 LTE still offers the same 5MP of the camera for a selfie. You will equally get an LED flash as well and both cameras can shoot video but not with a high resolution. On the storage, it has an 8GB of inbuilt which is also expandable up to 32GB using a micro SD card.

On the hardware, the TECNO F2 LTE has MediaTek chip which was built on a 28nm process technology and 64-bit CPU architecture with 1GB of RAM to gives a decent performance. The Quad-core processor on this chip will run at the normal speed of 1.3GHz with the Mali-400 MP2 taking charge of graphics. 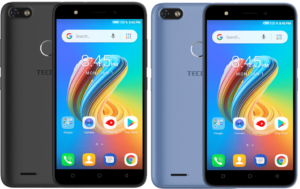 On the inside is Android 8.1 Oreo-based on Go Edition which will provide efficiency multitasking on the go Apps. There is a battery capacity of 2400mAh that will be powering the phone without a quick charge technology. For connectivity, you will get the fastest 4G LTE data with Bluetooth, wifi, and other regulars.