When shopping for a new smartphone I always go for the big battery phone, a phone that has more power to supply not the one that you have to be carrying your charger around. This, in fact, should be the priority of everyone and that has to bring us to the Blackview P10000 Pro. Actually, this smartphone does not have 10,000mAh battery as you’d expect by reading the name, it has a gigantic battery capacity of 11,000mAh and other impressive features on the inside which you will come to Know as you read further. 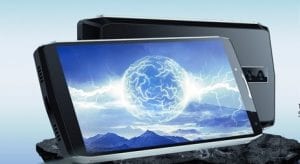 The Blackview P10000 Pro features both metal and leather on the body with 18:9 Aspect Ratio and a large screen display of 6.0 inches FHD+ with IPS, LCD capacitive touchscreen and a 402ppi density that will bring colorful and clear content when viewing. There are a display protection and a resolution of 2160 x 1080 Pixels.

Apart from the battery, there is another notable feature of this smartphone that will be part of its selling point and that is the camera, the Blackview P10000 Pro has a four camera set up. On the back, it offers a dual camera of 16 Megapixels + 13 Megapixels with a dual LED flash and 4K video recording while on the front, you will get another combo snapper of 16 Megapixels + 13 Megapixels with LED Flash and it also record high videos quality. The internal memory is 64GB and it’s expandable up to 256GB using a micro SD card. 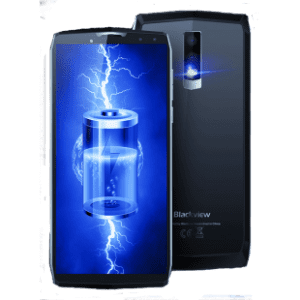 With a MediaTek Helio P23 MT6763V, 64-bit Processor the Blackview P10000 Pro has an Octa-Core that clocked at 2.0GHz with 4GB of RAM and ARM Mali-G71 MP2 handling the graphics and gaming as well. It’s powered by Android 7.0 Nougat and a monster battery capacity of 11,000mAh which can last up to 3 days of talk time and it also has a quick charge support. There is a fingerprint scanner, 4G, WiFi and USB Type-C, with OTG.