Nokia 7 Plus is the latest version of the Nokia 7 however just as the name suggests this plus variant is more powerful than the later version. In some areas, they share similar features like the RAM, storage and fingerprints scanner. But when it comes to the size and OS the Nokia 7 Plus is the boss. Follow me as we unbox this elegant device. 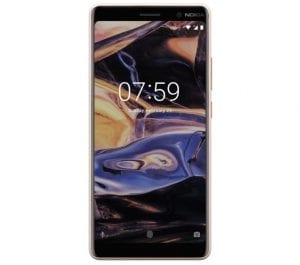 Key features of Nokia 7 Plus.

Where to buy Nokia 7 plus.

Nokia 7 plus price in Nigeria See offer on Jumia

On the body, the Nokia 7 Plus package a full display with a screen size of 6.0 IPS display technology and a resolution of 2160 x 1080 Pixels alongside the density of 402ppi promising a sharp and original image resolution on display.

With the help of an Aluminium Alloy and Glass Body, the maker was able to bring out an original and beautiful phone with a classic looks making it a premium device for those that love classic phones. On the top of the screen is a bezel-less display that has a corning gorilla glass on it to protect it from scratch and crack. This phablet arrived in white and Black colors. 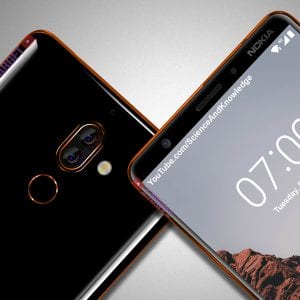 unlike the Nokia 7, this Nokia 7 plus parades a combo shooter on the back which is also an upgrade. This snapper has 13MP + 12MP lenses with Autofocus, Continuous shooting, Digital image stabilization, Digital zoom, Dual camera, Exposure compensation, Face detection, Geotagging, HDR etc.

For selfie, the Nokia 7 plus also offer an upgraded camera of 16MP with f/2.0 Aperture, recording 4k video quality just like the primary camera. On the storage, it has an inbuilt memory of 64GB expandable up to 256GB via MicroSD card.

The Nokia 7 Plus boasts a powerful processor on board. This phone has a Qualcomm Snapdragon 660 chipset with the octa-core running at a speed of 2.2GHz Kryo and 8 cores alongside a GPU of Qualcomm Adreno 512 for graphic. Under the hood is the latest version of Android 8.0 Oreo with 4GB/6GB of RAM. The phone also has a rear-mounted fingerprint scanner, 4G LTE data, and USB Type C.

Price of Nokia 7 Plus.

General features of Nokia 7 Plus