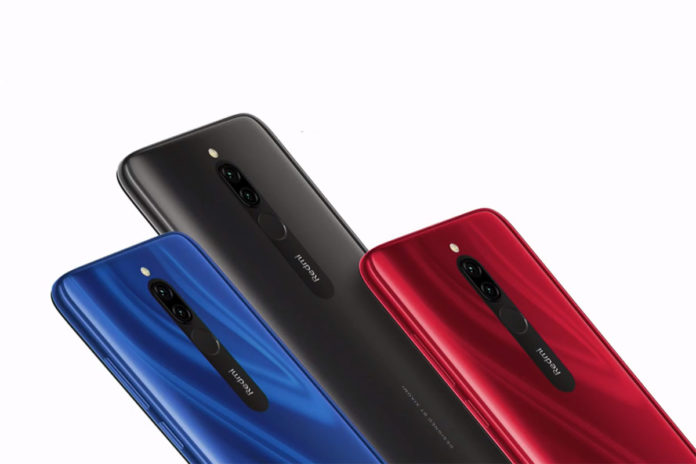 Xiaomi Redmi 8 is an affordable smartphone from Xiaomi. The Redmi 8 top-selling features are the massive 5000 mAh battery and it also comes with good cameras set-up. The Xiaomi Android 10 update is what most users are expecting right now.

Well to be honest getting the latest version of the Android operating system is the desire of everyone. So an update to the latest Android 10 which is also Android Q is a must-have. The little good news is that then an update is on its way and sooner than later, you should be able to update your Redmi 8 to Android 10.

Xiaomi is aware that most users are eagerly waiting for the latest Android 10 operating system on their Redmi 8 and with that in mind, they made a recent tweet suggesting that Android 10 is on its way.

From their tweet, it says, the Redmi Note 8, Redmi 8 and 8A is undergoing beta testing of Android 10. This is to say that Android 10 will soon roll out after much testing. With this official statement from Xiaomi Firmware Updater, users will be getting Android 10 on their new device.

Another thing that makes us believe that the Redmi 8 update is on its way is the release of the Redmi 8A Pro. Although the phone still runs on Android 9.0 Pie, an update to Android 10 will surely reach all the Redmi 8 series.

The Xiaomi Redmi 8 is an affordable smartphone that comes with a large screen display size of 6.22 inches featuring a corning gorilla glass 5 and other added features. The phone has a Qualcomm SDM439 Snapdragon 439 chipset paired with 4GB RAM and 64GB inbuilt storage.

It also has a combo camera set-up consisting of 12 MP and another 2 MP snapper. The Redmi 8 comes to with a massive 5000 mAh battery and the phone is selling under $129. It’s accompanied by Xiaomi Redmi 8A, Redmi 8A Dual, and Redmi 8A Pro.

We will keep this post updated when the Android 10 update is rolling out for the Xiaomi Redmi 8.

Miracle .O 0
These are the latest App which is mostly VPN to enjoy free browsing cheat on your phone. These apps are eligible for all network...