Another affordable smartphone from the new manufacturer EL is the EL K20 smartphone. This device sports similar design with Sony phones and it maintains an inspiring design and a dual camera set-up.
It has a rear-mounted fingerprint scanner with 3GB and 32GB of internal memory. 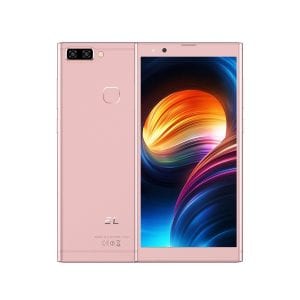 The EL K20 is built with plastic and it has body dimensions of 151 mm x 74.3 mm x 8.5 mm and 165 gram in weight. It’s available in Black, Pink, and Blue colors. Like other latest smartphones, it has a dual camera on the back with a fingerprint scanner for security and the EL logo is sitting on the bottom of the device. On the front, it has a thick bezel with on-screen navigation buttons and a screen size of 5.7 inches which is perfect for content viewing. The display boasts a screen resolution of 1440×720 Pixels and 282 pixels per inch density just like the EL Y10. 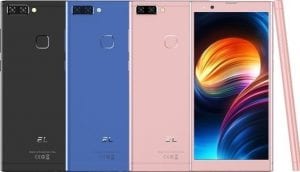 The EL K20 has a MediaTek MT6750 chipset with an octa-core processor that runs at a speed of 1.5GHz coupled with 3GB of RAM. It’s powered by Android 8.1 Oreo with 4G LTE network and other regulars for connectivity. It’s fueled by a nonremovable battery capacity of 3000 mAh without fast charging technology.