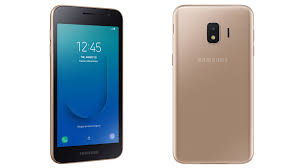 The Samsung Galaxy J2 Core is the first smartphone from Samsung to feature an Android Go Edition. This Go Edition will help the budget smartphone to perform better even with its low specifications and RAM. This phone is now available in India and Malaysia and it’s built with an affordable price in mind which will appeal mostly to the novice in the smartphone range. 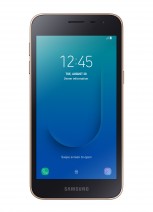 The Samsung Galaxy J2 Core is built with plastic and it measures 72.09 mm x 143.4 mm x 8.9 mm in dimensions and weighs 154 gram. It does not have a fingerprint scanner and the design is not that appealing. The front has some annoying bezels with a standard screen size of 5.0 inches. The screen has a resolution of 540 x 960 Pixels with 220 pixels per inch density under TFT capacitive touchscreen display technology.

The Samsung Galaxy J2 Core sports an 8MP camera on the back along with a 5MP selfie camera on the front (both have f/2.2 aperture). You will also be getting Beauty Mode feature for better portraits and selfies. The inbuilt memory is just 8GB and it’s expandable up to 128GB using a micro SD card. 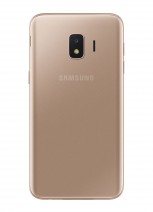 Down to the hardware is an Exynos 7570 chipset – a 14nm part with four 1.4GHz Cortex-A53 cores and a Mali-T720 MP1. The phone is powered by Android 8.1 Go Edition operating system with a removable battery capacity of 2600mAh without fast charging technology. It has a dual slot for SIM card which is Nano and it’s support 4G data, Wi-Fi 802.11 b/g/n, Wi-Fi Hotspot, Wi-Fi Direct and Micro USBv2.0.

The Samsung Galaxy J2 Core starting price is around $100 that is about 35,000 Naira in Nigeria.

Where To Buy Samsung Galaxy J2