itel A44 is another budget killer smartphone coming straight from itel. This phone has been launched in India and will soon be available in all countries. Taking a look at this device, you will sport the almost bezel-less design. It comes shipped with 1GB of RAM and 8GB of ROM. Read on to get more glue on this affordable smartphone. 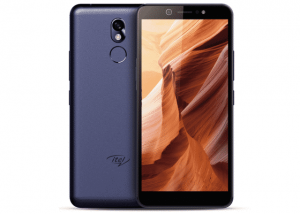 Key Features and Specs of itel A44.

Where to buy itel A44

Design and Display
The itel A44 still houses the plastic on the body, precisely on the panel with a screen size of 5.45-inch FWVGA+ IPS capacitive touchscreen that has a resolution of 720 x 1280 pixels which bring 282ppi density. The overlay screen is not that bezel-less there is still some visible bezels below and above it. Though it lacks physical navigation button which is impressive. On the panel, you will see the fingerprint sensor just above the camera and LED flash with the logo below.

The itel A44 has a 5MP rear camera with f/2.4 aperture that is set to capture 2K resolution images which are low and on the front, it has a front facing camera of 5MP that also boost an LED flash and f/2.4 aperture. The inbuilt memory is just 8GB which is below average that’s why it has a slot for micro SD card that users can use to expand it up to 128GB.

The itel A44 has a MediaTek MT6737M chip on the inside which comes with a 4-core processor that clocked at 1.3GHz and it also handles graphics with Mali GPU.
The 1GB of RAM will speed up the processing system and the Android 7.0 will power the phone with a battery capacity of 2400mAh. This juicer looks small but it will actually last up to a day when fully charged. You will get a support of 4G data which means you can surf the internet and download heavy files in few minutes.

General features of itel A44