BLU Vivo One is a budget smartphone that comes with those features you’ll likely find on an average smartphone. Though it features mix metal in the design it doesn’t change the fact that this is a mid-range device. The phone is not a shabby phone in any way but do not take it as a high phone to run high multitasking with. 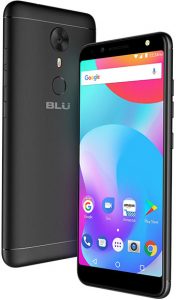 Let’s see some of its features on board.
Key Features of Blu Vivo One.

Where to buy Blu Vivo One

The Blu Vivo One is a neat smartphone that has a mixture of Aluminium alloy and Plastic Mix on the body which will increase its durability. The panel houses the camera and fingerprints scanner while below it is the brand logo. The phone also has a big screen size of 5.5 inches IPS display with a resolution of 1440 x 720 Pixels and 293ppi density. The front of the phone has a 2.5D curved glass on it.

The Blu Vivo has two cameras set up. One is on the back that snaps beautiful photos with 12MP and on the front is 8MP which also has an LED flash. This means both cameras support an LED flash. The primary camera features include Autofocus, Continuous shooting, Digital zoom, Exposure compensation, Face detection, Geotagging recording high video quality. The Blu Vivo One just like other average phone has the normal 16GB of inbuilt storage expandable with micro SD card. 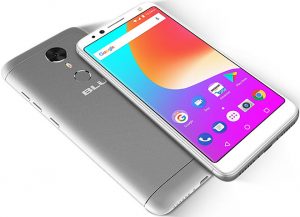 The Blu Vivo One has a processor that runs at a speed of Quad Core 1.3GHz with 2GB RAM. The phone has an operating system of Android 7.0 Nougat powered by a non-removable battery of 3000mAh. On the sensor, the Blu Vivo One has a fingerprint scanner, Accelerometer, and Proximity. For data connection, you get 2G, 3G, and 4G LTE network support.

Price of Blue Vivo One.

General features of Blu Vivo One