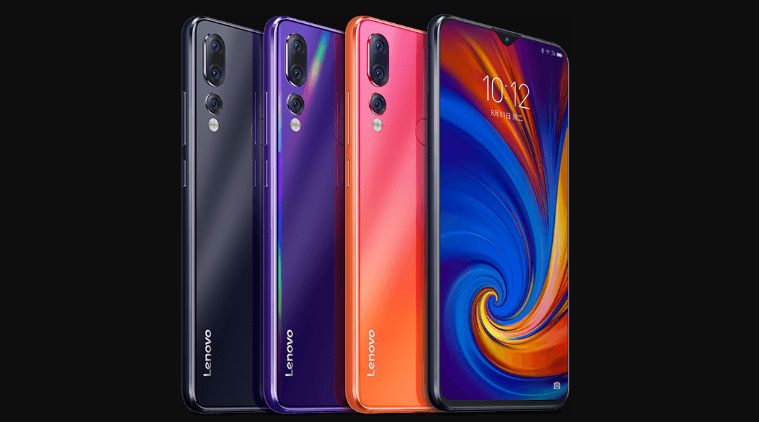 Apart from introducing the most expensive and high-end model of Lenovo Z5, the company also keep those with a budget in mind as they make a way for them to grab a budget unit of the Lenovo Z5. The phone is called Lenovo Z5S and it sports a different design similar to the Huawei P20 phone. Yes, the Lenovo Z5S is more affordable than the three variant of the Lenovo Z5 smartphone. And the most exciting features is the triple cameras on the phone which has been the latest trending. Below are the Lenovo Z5S full specifications and the price in Nigeria with other countries. 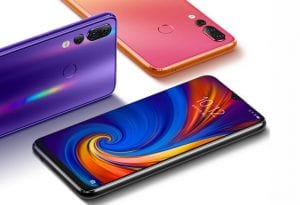 Just as mentioned above, in terms of design, the Lenovo Z5S sports a similar panel with the Huawei P20.
It has a smooth panel that houses a triple cameras set-up, while the front packs a water drop notch which makes the phone looks outstanding. The fingerprint scanner has gone back to the right position.
You can grab the Lenovo Z5S in Starry Night Grey, Love Orange, and Titanium Blue. It measures 7.9mm in thickness and weighs 172 gram making it lighter than the Lenovo Z5 Pro and the Z5 Pro GT. On the display area, the Lenovo Z5S has a screen size of 6.3-inch with a resolution of 1080x 2340 pixels reaching up to 83% Screen to body ratio. 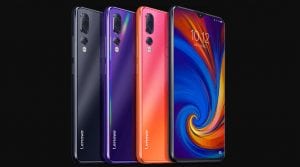 The Lenovo Z5S has a Snapdragon 710 Chipset with an octa-core processor clocking at a maximum speed of 2.2GHz paired with Adreno 616 GPU. It’s available in 4GB and 64GB of inbuilt memory with another 6GB and 128GB of onboard storage which is expandable with micro SD card. It runs on Android 9.0 Pie operating system with a ZUI 10 on top. The battery taking charge is a nonremovable 3,300mAh with 15W fast charging. Other features include 4G LTE, WiFi, WiFi direct, WiFi hotspot, Bluetooth, GPS and USB Type-C for connectivity.

Lenovo Z5S Price In Nigeria And Other Countries

The Lenovo Z5S will start selling at a price of $202 for the small model with 4GB/64GB which roughly convert to 75,000 Naira in Nigeria. The bigger model with 6GB/128GB memory will cost higher and it will be available in just Love Orange color and is a limited edition that has the autograph of Zhu Yilong; a popular Chinese actor.  Both phones pre-order has begun via official sales set to commence on December 24.

Where To Buy Lenovo Z5S