BlackBerry Evolve is the lower version of the Evolve X smartphone. This model is for those with a low budget. It shares similar features with the flagship variant having the massive battery capacity of 4000mAh and dual rear camera. The screen is still large offering full view to users. 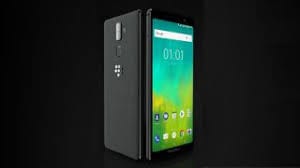 Where to buy BlackBerry Evolve

The BlackBerry Evolve is another Android phone that sports the normal BlackBerry design. The phone has a premium panel with smooth rounded edges. The back is where you will find both the camera, LED flash and fingerprint scanner. On the front, the bezels have been minimized with a full view screen display of 5.99 inches.

There’s is no notch on the phone which has been the latest trending. Maybe they will consider it on their next phone. Here the screen has a sharp resolution of 1080 x 2160 pixels with 18:9 ratio aspect ratio and 403 pixels per inch density. You can buy the phone in Black colors only.

On the camera, the BlackBerry Evolve has 13 MP + additional 13MP of a camera on the back for photography. This main camera also packs impressive features that include Dual-LED dual-tone flash, HDR, panorama and it shoots 1080p video resolution at 30 seconds per frame.

The front-facing camera is 16MP with an LED flash as well and it also records 1080p video resolution at 30 seconds per frame. On the storage unit, you will get 64GB and you can still expand it up to 256GB using a micro SD card. 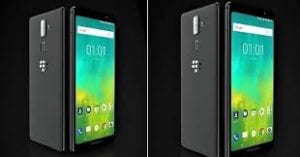 For smooth performance, the Evolve has Qualcomm SDM450 Snapdragon 450 Chipset with an octa-core clocking speed of 1.8 GHz and Adreno 506 munching the graphics.

Booting the phone is Android 8.0 Oreo with a battery capacity of 4000mAh and 4GB of RAM to keep the whole system running smoothly. For connectivity, it supports 4G LTE network, Bluetooth, WiFi, micro USB with OTG and other regulars.

PRICE AND AVAILABILITY OF BlackBerry Evolve.