Tecno Camon i is a smartphone from Tecno mobile. This is part of the Camon series. This Camon i come with a single camera on the back but good enough to take beautiful photos worth sharing. It has large inbuilt storage, 3GB RAM, and a powerful processor. 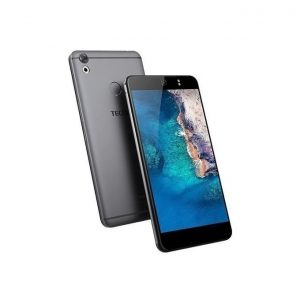 Let’s see some of the features of this Camon i.

Key features of Tecno Camon i.

Where to buy Tecno Camon i.

The Tecno Camon i maintain the full metal body design it siblings has. It features 5.65 inches IPS display with a resolution of 1440×720 Pixels and density of 285ppi.
It weighs 173g arriving in Champagne, Blue, Black colors. On the front screen is 2.5D curved glass with Capacitive Multi-touch feature.

On the front is another 13MP shooter with F2.0 Aperture, LED Flash, snapping at 80 Degree Wide Angle Lens. The onboard storage is 32GB expandable up to 128GB via MicroSD card.

The Tecno Camon i comes with a Quad-Core 1.25GHz processor, 4 cores and GPU of ARM Mali-T720 MP2 to take care of graphics while it pairs with 3GB RAM to ensure smooth performance especially when gaming. The phone is powered by Android 7.0 Nougat with a battery capacity of 3050mAh Li-Poly battery that lasts up to 13 hours on normal usage.

There is rear-mounted fingerprint scanner for security and 4G LTE data plus other connectivities options such as Bluetooth and Wi-Fi for wireless connection.

Price of Tecno Camon i.

General features of Camon i