Leagoo Z7 is a very cheap smartphone that parades cool features that fit its price range. The phone has a combo shooter on the rear, features 5.0 inches TFT capacitive touchscreen, 1GB RAM, and enough specs. 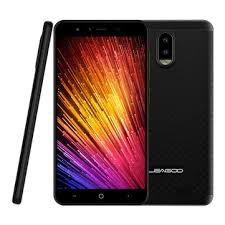 Where to buy Leagoo Z7.

The Leagoo Z7 has a design that defines its price tag. It features a plastic body design with a resolution of 480×854 Pixels and density of 169ppi that gives users the clear and high-quality experience when viewing.

The screen has 2.5D curved screen glass while the back area is where the speaker and the combo shooter plus an LED flash is located. Don’t expect this phone to have a fingerprint scanner you can use the normal Security settings to luck the phone.

The came on the rear is a combo set up of 5MP + 2MP respectively. You can record 720p@30fps videos with the main camera. However, the secondary camera has just 2MP for a selfie which is not that good for video recording. The built-in memory is 8GB thankfully you can expand this to 32GB via MicroSD card.

The Quad-Core 1.3GHz ARM Cortex-A7 and Spreadtrum SC9832A are what take care of the performance while 1GB RAM is also there to assist. The ARM Mali-400 will ensure good graphics on this phone. When it comes to performance.

This phone will not meet up your expectations especially when playing sensitive 3D games or running high demanding app. You can use it to browse or for social media but make sure you don’t run too much app at the same time.

It supports 4G network and 3G to run the day to day activities of a smartphone. The Leagoo Z7 is powered by a removable battery of 3000mAh with micro USB port for charging but no fast charging technology.