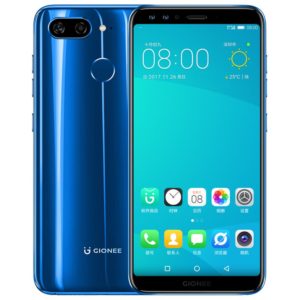 Recently there was a rumor that Gionee S11 packs dual camera like the Gionee S10. It’s official now. The Chinese company just launched about eight different smartphones with different specs and Price tags.

The Gionee S11 seems to be the second leader among them. Having dual rear cameras the elegant smartphone also has bezel-less displays.

Coming to the design, the Gionee S11 somehow looks like the newly released Tecno phantom 8 just that the screen ratio of Tecno is bigger than the Gionee S11. It has a unibody designed with diamonds giving the phone a beautiful and classic look.

It has a screen size of 5.99 IPS display with a resolution of 1080 x 2160 pixels and roughly density of 403ppi. The density alone is another great proof that this phone will give users the best-unrivaled viewing experience.

The fancy looking phone has a dual shooter both back and front. Whether you are selfie lover or just a normal photo user like me you will surely be attracted to this phone.

The rear cameras is 16MP plus additional support of 5MP sensor workimg together to deliver a better shots.
Some of the main Features include autofocus, LED flash, Geo-tagging, touch focus, face detection, and panorama. Shooting about 4k video quality.

On the front is another combo shooter that features a 16MP + 8MP sensor for selfies. This will be good for video calls.
The front camera also shoots videos at [email protected] 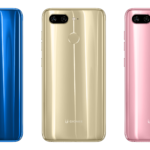 The Gionee S11 boasts a MediaTek MT6763T Helio P23 chipset with an Octa-core processor. The Cortex-A53 runs at a speed of 2.5 GHz with a support of 4GB of RAM.

The operating system is Android 7.1 Nougat with Amigo 5.0 skin. For music, videos, photos, and other data accommodation, the Gionee S11 has a built-in storage of 64GB. In case the storage is not enough, you can still upgrade it to 256GB via MicroSD card.

The Gionee S11 house a Non-removable Li-Po 3410 mAh battery with fast charging technology. Considering the specs, the battery will last longer than you can imagine.

It supports 4G LTE network with dual Nano SIM card slot. There is also a fingerprint sensor at the back for security.

In Nigerian, Gionee S11 will start selling at a price of 85,000 Naira to 100,000 Naira depending on your location in the country