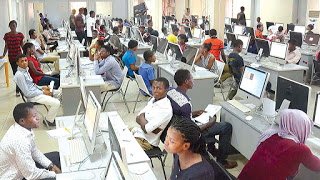 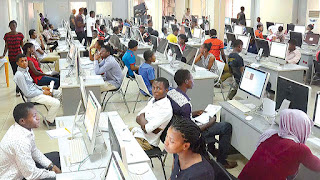 all is set for Unified Tertiary Matriculation Examination (UTME)to begin as the Joint Admission and Matriculation Board (JAMB) yesterday directed candidates to check for their examination centers with effect from tomorrow on its website.

Head of Media and Information of the board, Dr. Fabian Benjamin, who disclosed this in a telephone interview ahead of the board examination billed to commence on Saturday, May 13 assured that necessary machinery has been put in place to ensure a hitch free exercise.

“We are good to go, every machinery has been put in motion, we enjoined parents and candidates to give us their support and on our part, we are assuring of a level playing filed for everyone.”

Benjamin disclosed that the board had so far registered more than 1.7 million candidates for the 2017 UTME across the country.

The board concluded the sale of 2017 UTME application document in a grand style recording over 1.7 million candidates at the close of the site by 12 midnight on Friday, May 5, 2017. The JAMB’s spokesman who described the figure as unprecedented however assured that adequate facilities had been put in place to accommodate the upsurge in the number of candidates. He said, “In 2016, about 1.2 million candidates wrote the examination. It was the same in 2015 and that was why we projected for 1.5milion candidates this year. Although registration period was reduced from six weeks to one month, despite this, we have recorded 1.7million candidates. This shows the effectiveness of our processes. It also shows that whenever you have a setback you should not give up. “We have put everything in place to ensure the success of the examination. We have the capacity to accommodate 1.7million candidates. In 2016, we used 510 computer-based centers, including six foreign centers for 1.2million candidates. This year, we are making use of 633 centers. There is an increase of more than 100 centers to take care of the additional candidates.’’