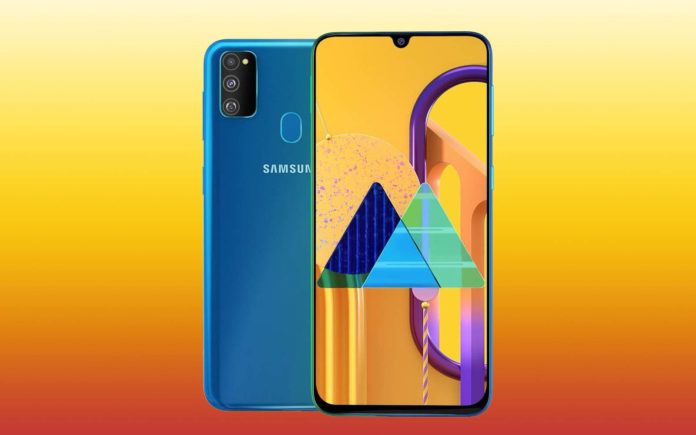 Samsung has just announced the bigger version of the Galaxy M30 smartphone. The new phone is the Samsung Galaxy M31 and it comes with a beautiful body and it also has a great camera as well.

The new phone from the south Korea company is the Galaxy M31. It’s in the budget category featuring a nice body that is built with a combination of plastic and glass. It has a smooth panel that houses the camera with an LED flash and fingerprint scanner.

The new phone has a large screen size of 6.4 inches under the Super AMOLED capacitive touchscreen. It has a resolution of  1080 x 2340 pixels and 411 ppi density. The Galaxy M31 has display protection.

The handset has an Exynos 9611 chipset with an octa-core processor clocking at a speed of 2.3 GHz and it has Mali-G72 MP3 for graphics and gaming. The onboard storage on the device is 64GB and 6GB RAM while the bigger model has 128GB. You can still expand the phone using micro SDcard.

The Samsung Galaxy M31 has a nonremovable battery of 6000 mAh with fast charging technology. The juicer will surely last a long time when fully charged. The dual SIM on the phone is 4G for fast browsing and downloads.

The Samsung Galaxy M31 is now available for purchase at a price of 75,000 Naira (190 EUR). You can order the phone in many colors that include Ocean Blue and Space Black.

Tecno Phantom 8 Price and Specification in Nigeria, Ghana and Kenya.