iTel P32 has just joined the line of budget smartphone from iTel mobiles this year. Well, the smartphone is actually leading in the budget family as it packs a massive battery capacity and still carries a fingerprint scanner with a dual camera as a compliment to the new trend. 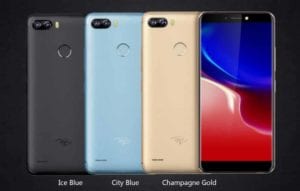 I really find this phone attractive because it has all the qualities of a good phone except the processor and the RAM which is only for average phone users. This phone will run smoothly as it bases on Android 8.1 Oreo Go Edition and still has a 1GB of RAM.

Read on to see the iTel P32 Features, specifications, reviews, details, and price of iTel P32.

Where to buy iTel P32

I will still confess here, iTel has really improved recently on their phone design. It now looks like a premium device even when the reverse is the case, unlike their recent phone that looks cheap. Taking another glance at the back of the phone, you will find the presence of a plastic material which is used to wrap the panel.

The dual camera is at the top left side with an LED flash and a fingerprint is at the normal position. Below the bottom edge is the iTel logo and shifting to the side, you will find the volume rocker and the power button placed on the right side. Indeed the iTel P32 is one of the best smartphones so far. 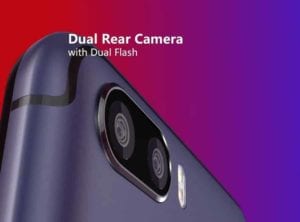 On the front area, the iTel P32 has an 18:9 aspect ratio for a full view experience, with a bigger bottom bezel-less which add more beauty to the phone. The 5.5-inch IPS LCD capacitive touchscreen is just perfect for watching movies or even playing games as it will give you a big screen experience for your enjoyment. The screen resolution is 720 x 1440 pixels with 282 Pixel per inch density which will bring more details to your screen.

Everything seems more exciting on the camera. The iTel P32 packs a combo shooter of 5MP + 5MP on the back to capture stunning and beautiful photos on one tap. In addition to this, are a dual-LED flash and other regulars while the front facing camera has 5MP with an LED flash as well to take a sharp selfie.

On the performance, the iTel P32 might not deliver to your expectations especially if you are a heavy phone user. To average users, the iTel P32 will give a decent performance with less hanging as the phone is powered by Android 8.1 Go Edition which will make sure all apps respond to your call without delay.

This is further equipped with a MediaTek MT6580M processor that is built on a 28nm process technology. The Quad-core processor clocks at 1.3GHz speed with ARM Mali-400 MP2 handling the graphics.

On the storage, iTel P32 still packs the same 8GB of memory which is not enough, that is why it has a slot for micro SD card which users can use to expand the memory anytime. 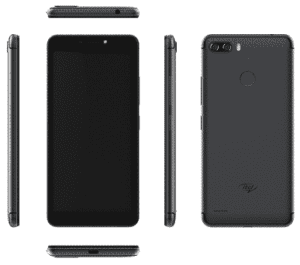 One of the interesting and the selling point of this phone is the massive battery capacity of 4000mAh that will be powering the phone. Though it does not support fast charging technology, still, with the right charger, you can charge it fully in less time.

PRICE AND AVAILABILITY OF ITEL P32.

Miracle .O - June 24, 2020 0
These are the latest App which is mostly VPN to enjoy free browsing cheat on your phone. These apps are eligible for all network...